Let's look at the history of telephone development and important historical moments that have helped to transform the telecommunications industry. 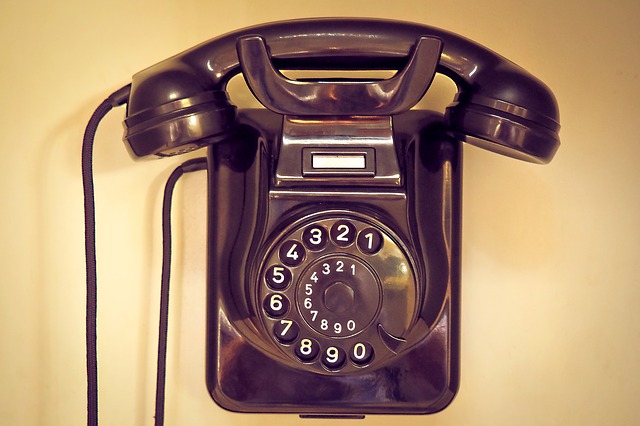 How the Telephone Has Undergone Transformation since its Inception

The development of the phone as we know it today started with the telegraph cable, which was developed with hopes that it would “increase communication, build businesses, and prevent conflicts” (Ramirez, 2015, p.183). Both the telephone and its predecessor, the telegraph, have played a major role in transforming civilization by breaking the barriers of time and space. Telephone wires emerged in the 1950’s after the telegraph and while such communication networks continue to evolve, they remain constant in their ability to alleviate loneliness (p.183), by providing a connection like no other.

Let us consider some of the telephone’s main developments which include the inauguration of dial service, the development of distancing dialling, and the integration of messaging, a web browser and email on mobile phones. We will observe how these factors have advanced telephone technology, enabling a wider range of communication options for the average person.

Alexander Graham Bell is often credited as being the inventor of the telephone.  A notable historical moment in the development of the telephone was Bell’s discovery of a fluctuating current, an “undulatory current” which was used to reproduce complex sounds. This discovery become the central feature of Bell’s first patent (Beauchamp, 2010, p.858).

One of the most important telephone developments in the 1920’s was the inauguration of dial service in 1924. Bell Canada provided education to community members and operators to help them use the dial properly (The World Telecommunications Standardization Assembly, 2000, Historical Timeline of Canadian Telecommunications Achievements, para. 17).

A few years earlier, in 1900, the loading coil had been a major invention that increased the inductance of transmission lines. This invention first patented by Michael Pupin, a Professor of Physics at Columbia University, increased the range and quality of long distance telephone communication, and simultaneously lowered the cost since thinner wire was required in the system (McNamara, 1991, p.14).

In the 1960’s the need for operators to handle all long distance calls was eliminated, as direct distance dialling was introduced by SaskTel. Seven thousand rural customers received telephone service for the first time (The World Telecommunications Standardization Assembly, 2000, Historical Timeline of Canadian Telecommunications Achievements, para. 20).

Today, innovation has made possible technologies such as fibre optic cables and voice mail. However, a wider variety of services has been costly and has affected the regulation of telecommunications in Canada. In contrast to “plain old telephone service” (POTS), enhanced services have not been regulated in regards to quality of service, prices and universal access (Winseck, 2013, Telecommunications, para. 7).

In January 2007, Apple had a revolutionary launch of the first iPhone, which integrated wireless communication, a mobile phone and an iPod into one device (CBC News, 2013, IPhone Launch, para.1). The iPhone was a major development with regards to phones because it enabled users to use a touch screen to access the phone (para. 2), a feature that was cutting-edge technology at the time.

Overall, the introduction of dial service, the development of distancing dialling, and the integration of messaging, a web browser and email of a mobile phone are key factors that have impacted the nature and shape of the telephone industry, leading up to the high-tech smart phones we have today. Every time telephone technology advances, such technology “re-creates mankind” (Ramirez, 2015, p.183), through an increased range of communication possibilities.