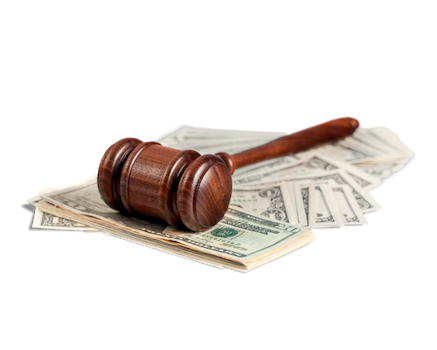 The Difference Between Torts and Contracts

2)  Loss of enjoyment of life

No real “loss” by plaintiff per say,

+ this is an exception to the compensation rule of torts – the goal is to punish (criminal law goal), but since tort law is confined (cannot deprive of liberty), method chosen is to award additional damages over and above a reward that would compensate the plaintiff.

Arises in one of 2 ways:

1. A person enters property without the express or implied permission of the owner.

2. A person receives pemission to enter property, but refuses to leave when subsequently asked (restaurants & bars for example).

Injunction - Court tells person not to trepass, and if they do, they are sent to prison.

Tort That May Involve Customers

Suspsicion or even "reasonable belief" of guilt is not sufficient to justify retraint.

- Must prove to have witnessed the crime or have video proof.

Civil action brought against Defendant by Plaintiff for compensation

Civil Standard: Balance of Probabilities (BOP is the abbreviation for this). = More likely than not that incident took place.

Test: Defendant utters a false statement (statements of fact not opinion) about plaintiff, to at least one other (makes it public) - has the effect of lowering the reputation of the plaintiff, in the mind of a reasonable person.

2)      Absolute privilege – within parliament. Politicians are allowed to battle it out by defaming each other.

They lie to get the truth from a defendant – competition.

Test: Based on reason & not malicious (proper motives)

- Similar to defamation (likely to overlap), except the concept deals with product not persons.

-          False statement made about a businesses’ goods and services

Activity on neighbouring land has resulted in “an unreasonable and substantial interference with the use and enjoyment of land”.

1)      Intrusion must be significant and unreasonable

2)      Intrusion must be more than temporary

** The government has eminent domain. Government pays you fair market value for you to leave.

Trust is a currency. Without it, the economy suffers.

Historically, the desire to trade created the need for contract law.

Characterists of the Contractual Relationship

1)      Communication of intention to form an agreement

a.       Free promise – A price is not paid to keep the promise to trade. If the other side breaks their promise, you cannot legally force them to keep it. No penalty if promise is broken.

b.      Paid/binding promise – Considered a legally enforced promise to trade. If one side breaks their promise, the other side may ask the court to force that party to keep their promise or pay compensation for breaking it.

4)      In writing? With some exceptions (e.g. a land guarantee), a contract does not have to be in writing. However, it helps prove parities intentions by creating a more accurate evidentiary record. Complexity often necessitates a written agreement.

There are 4 necessary elements to a contract:

4)      Intention to create a legal contract

Offer – represents a communicated promise to be bound to an agreement upon acceptance.

There is a difference between an offer and negotiating, or an ‘invitation to treat’.

Advertisements are considered ‘invitations to treat’. Ads can be detailed, but not tailored to a specific contracting party – i.e. quantity cannot be guaranteed.

With offers, it is possible to agree on future specifics if they will become succinct at some point (i.e a future price based on a 12 month commodity average).

Unreasonable example: "In 2019 I will pay you some money" – need a workable mechanism to establish certainty.

Unconditional acceptance – upon acceptance of an offer, a binding contract is formed.

You accept a mirror image of the offer.

Unconditional acceptance of an offer must be communicated to the offeror. Communication can take a variety of forms (including conduct), except if offer stipulates a particular method of communication.

Acceptance manifests when offeror becomes aware of acceptance, not when offeree delivers acceptance.

Consideration is the value component of a promise - it gives the promise legal validity.

Exceptions to the consideration rule:

Parol evidence rule: When a contract is in writing – rule applies (no evidence to term/intentions outside of the written contract)

Formation of a contract

Intent of parties to be written and oral contract combination.

Condition precedent: Until the condition occurs, parties are under no obligation to perform.

Conditional subsequent: When the condition occurs, the contract is ended.

If there is a breach, you can sue for damages that naturally flow from the breach. Everything else that you want to sue for has to be included in the contract.

A term of contract that limits damages to less than what would be otherwise recoverable in breach.

A term of contract that absolves a party of all liability due to breach – zero exposure to damages.

A term of contract that specifies damages owning in the event of a breach. Unenforceable if there is a large gap between actual and agreed damages, acts to punish rather than compensate (Defendant).

Law assumes capacity to enter into a contract

Minors – At the age of majority, you’re legally bound to a contract, under this age – no obligations - at the option of the minor.

-          Generally no duty to disclose unless asked, volunteered information must be correct.

Tests for misrepresentation – the statement is:

5)      Fact, not opinion (unless opinion is specialised)

Legal mistake – an error made by a party(s) that seriously undermines intentions of a contract.

Contracts based on Defects

These contracts have to be written:

There are 4 main ways a contract is brought to an end:

The ideal result considering motivations for entering into a contract and associated costs (time/negotiation).

a.       Novation – Create a whole new contract – consideration flows and      timing are relevant to fairness

d.      Substitute a party – Step into someone else’s “contractual shoes”.        One party’s right and obligations are transferred – agreement of both      parties is needed!!

o   Must inform debtor of assignment

A significant, unplanned event outside the scope of either party’s control

Must distinguish between contractual terms of condition vs. warranty (non-core)

B)     Innominate term –  A term of contract is if broken could have negligible to significant impact. Severity contingent upon particular circumstances – could be classified as either condition or warranty.

Breach can occur at:

a.       Time specified for performance

b.      In advance of obligations (anticipatory breach)

1)      Applicable in contracts where one party promises not to do x,y,z

1) Restore parties to their original (pre-contract) position, rather than           monetary damages

3) Undue influence - a person is taken advantage of

...And that's the summary of torts and contracts! Thanks for reading.