How do Ecosystems Work?

You may have heard about the term ecosystem when talking about plants, animals and humans and how they affect and are affected by their environment. But how do ecosystems work, and what factors determine how organisms thrive? Today we will be looking at key terms related to ecosystems to help you understand some interesting facts about ecosystems.

What an ecosystem IS...

An ecosystem is a dynamic complex of plant, animal and microorganism communities and the non-living environment, interacting as a functional unit.  We humans, are an integral part of ecosystems around the planet, we play a key part in the lives the natural world around us as much as our environment impacts us.

Therefore, the term environment refers to everything that affects an organism throughout its life as well as everything that the organism affects. Let us take a rabbit as an example. Throughout a rabbit's life, it will encounter many different organisms: other rabbits, insects, bacteria, foods such as grasses, other mammals it can co-exist with, and predators such as coyotes. These are what ecologists call the living- biotic- components of its environment.  Also, a rabbit will drink large amounts of water, breathe in even larger quantities of air, and roam in hundreds of hectares of soil. These components of the rabbit's environment and things such as sunlight, water, minerals and space are called abiotic or non-living elements.

Ecologists who study individual organisms want to learn how the abiotic environment in which an individual lives affects its behaviour or physical features. For example an ecologist may investigate the physical features of an alpine plant that allow it to live in an environment that is cold, dry and windy. Investigations like these help to explain the distribution of organisms, that is, why certain organisms are only found in particular locations. 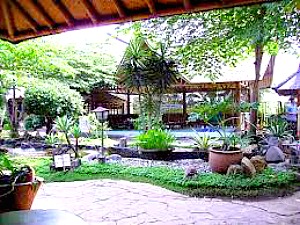 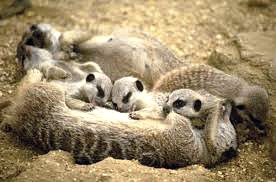 What is a species? Organisms that are able to breed with one another and produce fertile offspring are known collectively as a species. A population is a group of individuals of the same species living in a specific area at the same time. In nature, populations are rarely isolated. Instead populations of different species interact with one another as part of a community. A community is made up of all the individuals in all of the interacting populations in a given area.

Interactions that might influence the structure of a community include competition between individuals of the same species as well as the relationship between predator and prey populations.

Most communities are dynamic -they continue to change as abiotic conditions in the environment change. As the population of one organism fluctuates, this affects the population levels of other organisms that may consume or be consumed by the organism.

Similar changes in communities occur whenever new habitat is available to support life. New habitat may be available after a rockslide, flood or volcanic eruption or after a glacier recedes. A century or more after ice has melted, a lush meadow will grow with willows, wild flowers, grasses and heathers. Several centuries later, a forest might cover this meadow.

All the Ecosystems In the World

Although people often think of ecosystems as being quite large, they can actually be very small. In fact, the size of an ecosystem depends on what you are studying. There are small ecosystems within large ecosystems, which are within even larger ecosystems. A lichen-covered boulder could be considered an ecosystem. After all, it contains a community of living things, together with abiotic components such as air, water and minerals. This ecosystem interacts with and is part of a larger ecosystem that contains the community of organisms living in the rock debris where the lichen may be found. The ecosystem extends far beyond the boulder itself.

All the ecosystems in the world and their interactions make up the biosphere. You can think of the biosphere as the largest possible ecosystem. The biosphere includes all the land surfaces and bodies of water on Earth and extends several kilometres onto the atmosphere and several meters into the soil.

All organisms need energy to stay alive. They use this energy to grow, maintain body processes and reproduce. Many kinds of organisms require energy to move as well.  The energy releasing process of cellular respiration and the energy storing process of photosynthesis are related to each other, providing organisms with the energy and matter they need.

Organisms that are able to use the Sun's energy to produce food for themselves by photosynthesis are known as producers. Producers are also called 'autotrophs' which means they can feed themselves. Not all organisms can make their own food though. Other organisms like humans and animals must obtain the energy they need by consuming plants and other animals. Such organisms that rely on other organisms for food are known as consumers or heterotrophs.

Sun
The Source of Energy for Ecosystems 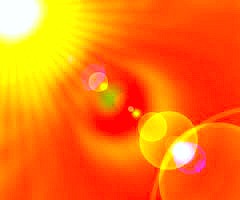 The members of another consumer group, decomposers, obtain their energy-rich molecules by eating or absorbing leftover material or waste matter. This waste matter includes the feces of living organisms, dead bodies or body parts of other organisms. Decomposers include certain kinds of fungi, bacteria, earthworms and insects. Decomposers are important to the biosphere because they return organic and inorganic matter to the soil, air and water. Producers can turn these materials into new, energy rich organic molecules. Therefore, Decomposers are the matter recyclers of the biosphere. They ensure that the matter needed by all organisms is always available.

Energy Cannot Be Created Or Destroyed

Earth is a closed system to matter. That mean that it has the same supply of matter today that it has had for billions of years because no matter enters or leaves the biosphere. Atoms and molecules are used and reused endlessly in the biosphere.

Energy does not and cannot cycle as matter does. Energy cannot be created or destroyed, only transformed from one form to another , so it follows a one way path through the biosphere. Additionally, no energy transformation is completely efficient. As energy is transferred from one organism to another, much of it is lost as unusable heat to the environment.  This has significant consequences for living systems. Each time a cell uses energy to perform a function, some of that energy is lost as unusable heat. If additional energy is not supplied to the cell, it will eventually die. A constant supply of energy is necessary to support life. This is why producers are essential to life on Earth.

I hope you enjoyed my overview that helped to answer the question: how do ecosystems work? It showed how interconnected organisms are and how we rely on other living things for our energy. There are many little ecosystems but ultimately we are all part of a huge global ecosystem.