25 Epic Quotes About Failure and Success That Everyone Should Remember

The journey to success is never a straight line. Here are the best quotes about failure and success for anyone who's working toward a big goal. 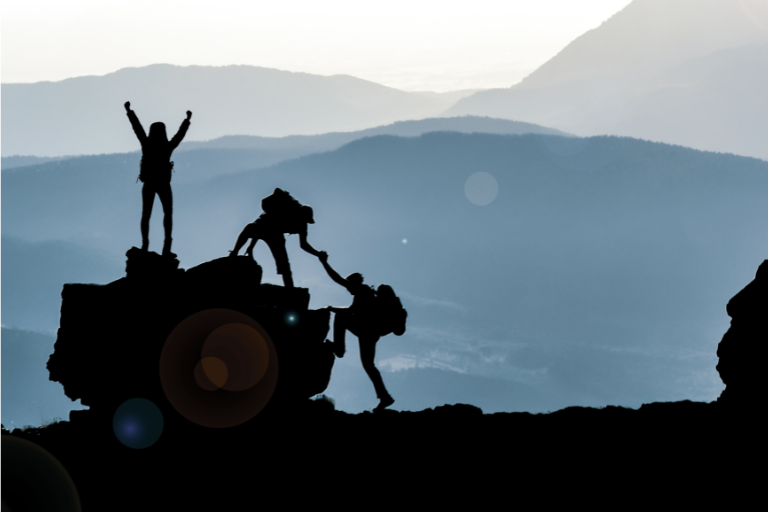 Successful people know that willpower is limited, so they are always looking for new ways to add fuel to the fire and maintain a determined mindset.

Here is a roundup of the best quotes about failure and success for aspiring entrepreneurs and highly motivated individuals who are looking to achieve what may seem impossible.

You likely already know that failure and success are just two sides of the same coin, but here are some great quotes that will reinforce that idea and give you a boost of motivation.

25 Inspirational Quotes about Failure and Success

1. “A man may fall many times, but he won’t be a failure until he says that someone pushed him.”

This is an excellent quote about failure and success that I don't hear very often, but I absolutely love.

The point here is to take accountability for your actions - whether they lead to failure or success. If you have the guts to take ownership for failure, you'll be deserving of any success that follows. You can't pick and choose.

2. “If you don’t try at anything, you can’t fail… it takes backbone to lead the life you want.”

This quote by Richard Yates reminds us that it takes courage to lead a successful life. So instead of shielding yourself from failure, you should go out and pursue the things you truly want.

3. "You only fail when you stop trying."

Do you know why you only fail when you stop trying? It's because it's impossible to beat a person who never gives up.

4. “Winners are not afraid of losing. But losers are. Failure is part of the process of success. People who avoid failure also avoid success.”

This quote by Robert T. Kiyosaki, author of Rich Dad, Poor Dad, highlights an important part of the mindset of a winner. They are not afraid to lose. Remember, if you live in a state of fear, you'll stop yourself from achieving success.

5. “Failure will never overtake me if my determination to succeed is strong enough.”

This quote by Og Mandion demonstrates the fact that you can experience failure without letting it overtake you. It's all about your attitude.

6. “Failure is not just acceptable, it's essential.”

The goal is not just to not fear failure or to view it as okay - the goal is to view failure as a necessary learning experience, and make an effort to fail fast as much as you can.

This quote by Thomas Edison is one of the most famous quotes about failure and success.

When I think of my goals and all the times I've experienced some kind of failure, I can truly say that I simply discovered a plethora of ways to not do something correctly. As a result, when I succeed, I know exactly why!

8. “It takes more courage to try and fail than not to try and never succeed.”

If you failed, give yourself a pat on the back. It means you're trying.

9. “Failure is a signboard which says, try again.”

This quote by Apoorve Dubey is powerful because it teaches us the correct way to interpret failure. Many people view failure as a sign to stop trying, but in fact it's a sign to keep going, because you're almost there.

10. "Fear kills more dreams than failure ever will."

As humans, we have a natural desire for certainty. But we mustn't let this get the better of us. Only by trying can you know for sure whether something will or won't work. And imagine how rewarding it will feel if it does work! You've got to take the chance.

11. “Success consists of going from failure to failure without loss of enthusiasm.”

This iconic quote by Winston Churchill shows that successful people are willing to fail repeatedly, and they don't let their failures water down their enthusiasm or sense of self-belief.

12. "Failure is success in progress."

This is an encouraging quote about failure and success by Albert Einstein. Instead of viewing failure as the opposite of success, we can view it as simply part of the process!

It would be naive to think that the first time you try to do something difficult and complex, you'll automatically succeed.

But you should also be prepared to fail and learn from your failures. Experimentation is allowed, and it's often a necessary part of achieving outstanding results.

14. “I can accept failure, everyone fails at something. But I can’t accept not trying.”

This quote by Michael Jordan underscores how beautiful courage and the willingness to take risks is as a personality trait. When you do something bold in life, people will often respect you for trying, even if you don't succeed.

15. "You learn more from failure than from success. Don't let it stop you. Failure builds character."

What skills and qualities do you have today that you didn't have a year ago because you failed at something? Failure builds character and shapes you into a wiser, more rounded person - don't resent it.

16. "Failure is simply the opportunity to begin again, this time more intelligently."

17. “Failure is constructive feedback that tells you to try a different approach to accomplish what you want.”

Have you ever thought of failure as feedback? Well, it's an excellent way of looking at it from now on...

18. “I'd rather be a failure in my world than a success in theirs.”

This is another quote about failure and success that I deeply value. Your goals are always a reflection of what's important to you. Even if you fail, it's better to fail on your own terms than on someone else's.

19. “You can fail at what you don't want, so you might as well take a chance on doing what you love.”

This is a popular quote by Jim Carrey that reminds us that nothing is guaranteed, so we might as well go for what we truly want in life.

20. “Failure is the first sign of success and success without a sign of failure is a ship waiting to sink.”

This is an interesting quote because it implies that it is better to fail then succeed than just to succeed from the beginning. The idea is that anything you struggled to achieve is more permanent than anything that was just handed to you.

This powerful quote by Eloise Ristad invites us to give ourselves the permission to fail, because it opens up further doors of opportunity.

22. "Failures are such an inexpensive price to pay when we get what we deserve.”

Failure seems huge in the moment, but in the long run - when you get exactly what you want - your failures will appear to amount to nothing more than a drop in the bucket.

23. “Those who are acquainted with failure acquire the unique ability to dare without fear of it.”

The more you fail, the more you learn not to fear failure, because it's never the end of the road.

24. "It's fine to celebrate success but it is more important to heed the lessons of failure."

This quote by Bill Gates is another reminder that we often learn more from failure than we do from success. So whenever you fail, look carefully for lessons you can learn; there is always a lesson to be learned.

25. "“Disappointment is a natural part of the schedule if you plan on winning.”

Are you faced with disappointment after disappointment? Congratulations!  It's exactly what the doctor ordered. You're on your way to success...

Quotes are more than just nice thoughts, they are messages that can add profound meaning to your life if you reflect on them and take the necessary action.

I hope you enjoyed reading the above quotes on failure and success, and I hope that they empower you to take life by the horns, regardless of any fear and uncertainty you may experience.