Why Revenge is Pointless

Revenge is a dish best served...not served at all. Let's talk about why revenge is pointless and some interesting metaphors for the reality of seeking revenge. 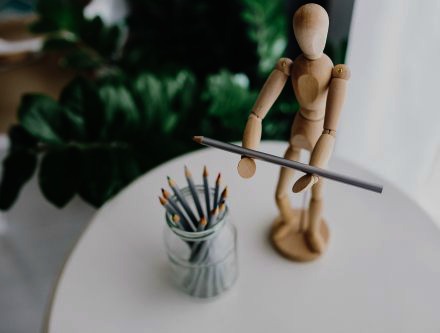 "A man who desires revenge should dig two graves."

A sombre sentiment, but one that holds a lot of truth.  Let's discuss this and a couple of other thoughts about revenge.

As the above quote demonstrates, not only is revenge pointless - it's also dangerous and disastrous. Today, science has shown that harbouring negative feelings is not good for our health. Negative emotions tear us down.

Revenge is one of such negative emotions. But as you guessed, it's a bit more than an emotion. It compels you to turn thoughts into hurtful actions, projected at other people.

Revenge is pointless because it is painful. In contrast, forgiveness is freeing. When you decide to forgive or simply let go, you open a door for yourself. You allow yourself to entertain more positive thoughts and you turn your attention to more productive pursuits.

On the other hand, revenge slams shut that door of freedom. In fact, it's like deciding to lock yourself in a room with thoughts and memories that make you sad. But sadness isn't the only thing in the mix. Anger is there too. The level of anger that can cause an explosion, like fire that burns a building down.

Many people think they'll feel better when they carry out revenge. But the reality is, by that point, the damage you have done to yourself is greater than you could ever imagine.

Another reason why revenge is pointless is that it doesn't always occur the way you planned. But why should you plot evil in the first place?

Sometimes you want to hurt someone, and then there are unintended consequences. More people that you expected might be dragged into the situation. Needless suffering.

When we're angry, our plans for revenge might seem to hit the bulls eye.

But sometimes, the arrow completely misses the target. Like, it's not even on the board. It's very easy for things to get out of control when you're angry. Your judgement becomes cloudy and poor decisions get made.

The consequences of revenge can be well illustrated by two flying objects, a Frisbee and a boomerang.

Here's a quote by Anne Lamott, that conveys this message quite well:

"Not forgiving is like drinking rat poison and then waiting for the rat to die".

Revenge is pointless because it's deceptive. That's essentially the meaning of the quote above. You think it's working for you but it's working against you. Revenge will execute judgement, but that could be on the person who refuses to forgive as well as the person who has done the initial wrong.

Revenge removes a person's dignity. People who seek revenge want power. But from the outside looking in, they don't really look powerful. Revenge seekers look quite weak compared to those who muster up the strength to move on.

Revenge is trying to control what another person experiences, based on what you think they should experience. But what actually gives us the right?

The fact is that people either learn and improve or end up suffering in some way for their actions. But we don't need to play executioner.

Refraining from revenge does not mean that the other person didn't hurt you. Neither does it mean that they don't deserve punishment. Maybe they really do.

It just means that you aren't going to punish yourself along with them. And/or them. Because the reality is that you might end up just punishing yourself. The best revenge is showing maturity by giving yourself the freedom to live a happy life. Don't let anyone take that away from you.

Push the rat poison aside.

Dig a flower bed, not a grave.