Anxiety Statistics - What Do The Numbers Show?

Let's take a look at anxiety statistics that can help us get a better understanding of how many people are affected by anxiety disorders each year, and how. 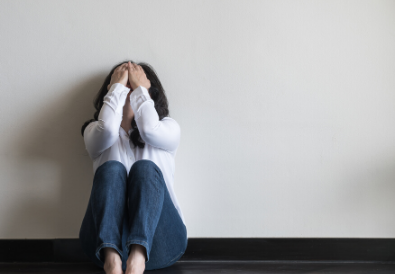 Millions of people around the world struggle with anxiety and other mental health conditions each year. Knowing the statistics related to anxiety can help us be more aware of our environment, and hopefully help us follow the advice to "be kind, because everyone you meet is fighting a hard battle."

According to the U.S. National Center for Biotechnology Information (NCBI), anxiety disorders, are the most prevalent mental disorders and they are associated with huge health care costs.

What Percentage of the Population Struggles with Anxiety?

The Anxiety and Depression Association of America (ADAA) have found that anxiety disorders affect 40 million adults in the United States every year. That amounts to around 18.1% of the population, almost 1 in 5 people. Yet, while anxiety disorders are highly treatable, only 36.9% of those suffering receive treatment.

The NCBI say that up to 33.7% of the population are affected by an anxiety disorder during their lifetime.

Anxiety Statistics Around the World

Who is Affected More By Anxiety? Men vs. Women

Researchers at the University of Cambridge wanted to find out who is more affected by anxiety disorders. Their studies show that women are almost twice as likely to suffer from anxiety as men, and this agrees with other studies conducted on the issue.

These differences between men and women are likely to do with differences in brain chemistry and hormone fluctuation.

According to the ADAA, the brain system involved in the flight or fight response is activated more readily in women and stays activated longer than men, partly as a result of the action of estrogen and progesterone.

Also, research has found that women are more sensitive to low levels of corticotropin-releasing factor (CRF), a hormone that organizes stress responses in mammals, this makes them twice as vulnerable as men to stress-related disorders.

According to the National Institute of Mental Health, nearly 1 in 3 of all adolescents ages 13 to 18 will experience an anxiety disorder.

It's important for anxiety to be treated as soon as possible, because untreated anxiety can affect learning in school, confidence and general motivation. As it persists into adulthood, anxiety can have a significant impact on employment, income, and relationship stability.

According to the American Association for Geriatric Psychiatry, anxiety is a common illness among older adults, affecting as many as 10-20% of the older population, though it is often undiagnosed.

Studies in the United States and Europe have found that generalized anxiety disorder usually first appears from young adulthood through the mid-50's, which is generally later than other anxiety disorders. The disorder tends to be chronic, with symptoms that fluctuate in intensity over time.

Stressful situations that come with old age, such as the death of a loved one and personal illness, may cause symptoms to flare up.

Anxiety disorders place a significant economic impact on the U.S. healthcare system. According to the American Journal of Managed Care (AJMC), the total annual cost of anxiety disorders has been estimated to be between $42.3 billion and $46.6 billion.

Use of Medical Resources

Only 10% of frequent users with anxiety account for almost 30% of office visits, more than 50% of outpatient specialist visits, and 48% of days spent in a hospital.

Anxiety in the Workplace Statistics

Evidence shows that certain work situations, including occupational uncertainty and a feeling of being undervalued in the workplace, are associated with an increased risk of common mental health issues.

According to the World Health Organization, workplace risks to mental health include:

Self-reporting of anxiety symptoms are high among employees. For example, according to the ADAA, 56% of employees say that stress and anxiety most often impacts their workplace performance. 51% notice an impact on their relationships with coworkers and peers. 50% observe an impact on the quality of their work, and 43% say that stress and anxiety has an effect on relationships with superiors.

Anxiety disorders are associated with poor job productivity and short and long-term work disability. The World Health Organization recently reported that an estimated 12 billion working days will be lost to untreated depression and anxiety by the year 2030, resulting in a total cost of $925 billion.

However, the WHO also estimates that for every $1 (USD) put into scaled up treatment for common mental disorders, there is a return of $4 in improved health and productivity.

Here are some interesting workplace anxiety statistics from Canada:

We can see from the statistics that anxiety is very common worldwide, among both the young and old. It's still shocking though, that only over a third of those suffering from anxiety disorders get treatment.

We evidently need more awareness about the resources that are out there to help people overcome anxiety and manage stress better. Here's a free guide I created on 3 Ways to Stop Anxiety and Panic Attacks, you can download it here.

Thanks for reading! Share this page if you found it interesting!