Blockchain | Exploring The World of Blockchain Technology - An Essay 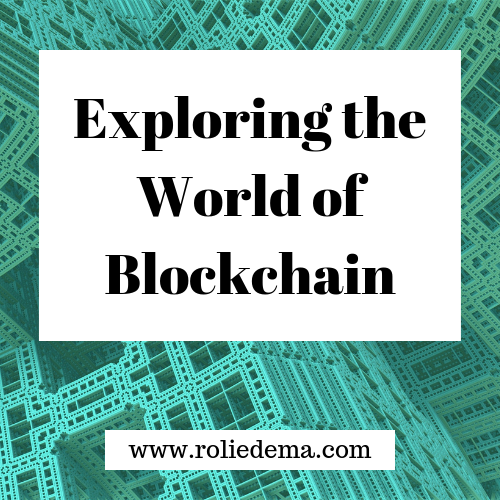 Today let's dive deep into an interesting topic that we've seen lots of discussions around: the blockchain.

Blockchain technology is very relevant - it removes the need for a third party in systems that affect how we live, such as how we send money and even the operation of technology within our homes. This technology delivers a new type of shared database and was developed based on research into distributed systems, cryptography, computer security and game systems. Although blockchain has many possible applications and benefits, it is still an experimental and evolving technology. In this article, we will look at examples of its application, current trends, and the expected future of blockchain.

Blockchain technology is attracting huge attention across multiple industries. It sparks a revolution unlike another other since the start of the Internet, since it goes against old ideas, changing the way that both individuals and organizations will function in the future.

Blockchains “will challenge governance and centrally controlled ways of enforcing transactions” (Mougayar & Buterin, 2016, p. 17). For centuries, trust has been in the hands of central institutions such as banks, governments, and large corporations, but the blockchain changes this power dynamic, allowing new ways of automatic validation (p. 17).

A blockchain consists of data sets which are made up of a chain of data packages, or blocks. A block includes multiple transactions. The blockchain arises from each additional block that is added. Hence, with a blockchain we have a representation of a complete ledger of the transaction history (p. 183). Each block in the blockchain also contains a timestamp, the hash value of the previous or “parent” block, and a nonce, which is a random number used for verifying the hash (p. 184).

Hash values are central to the blockchain’s ability to detect and reduce fraud because hash values are unique. The integrity of the entire blockchain is preserved through this mechanism because if a block in the chain is changed, this would result in changes to the respective hash value (p.184). The nodes in the blockchain network “work together” to preserve the system’s integrity. For a block to be added to the chain, the majority of nodes in the network must “agree by a consensus mechanism on the validity of transactions in a block and on the validity of the block itself” (p. 184). 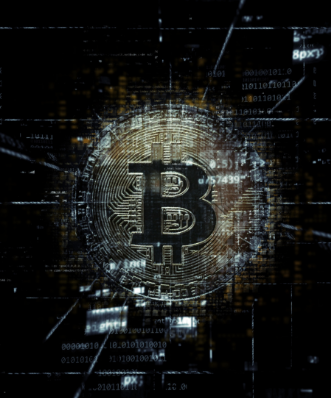 The blockchain is a distributed ledger that keeps track of every transaction processed on its network while allowing a user’s computer to verify the validity of each transaction (Mougayar & Buterin, 2016, p. 33). This distributed ledger system is beneficial because in contrast to centralized systems, the functionalities of network persist even if particular nodes break down (Nofer, Gomber, Hinz, & Schiereck, 2017, p. 184). Blockchain technology can make third parties obsolete. This ultimately increases user security, which is a change from the current practice of third parties collecting personal data and creating security issues (p. 184). With blockchain, the absence of intermediaries promotes data security.

The implication of blockchain is that trust is no longer an issue, “the integrity of the system, of every participant, and of every transaction is underpinned by the network as a whole” (The United Nations Development Programme, 2017, p. 6).

In the past, authorities were responsible for handling our transactions, data, possessions, and wealth. With blockchain, a decentralized consensus protocol serves that function (Mougayar & Buterin, 2016, p. 40).

Blockchain offers us programmable assets, trust, ownership, money, identity, and contracts (p. 48). Digital assets can be created and managed on a blockchain network without clearing-related delays that would usually happen as a result of intermediaries. Blockchain creates a new “trust factor” whereby transactions are validated via logic in the network instead of a database entry or central authority (p. 49). The blockchain also allows the time-stamping of documents representing rights or ownership. Verification capabilities are therefore brought about by these irrefutable proofs that are cryptographically secure (p.49).

Blockchain enables selective transparency and privacy, achieved through cryptographic technologies, and it also merges the clearing and settlement of assets (p. 49). Transparency brings to light the ethics of companies, so it is met with resistance but it ultimately works to improve trust. Blockchains are typically censorship resistant and more resilient than centrally controlled infrastructures because the blockchain consists of several decentralized computers and resources (p. 49). This also means that there is no single point of failure.

Let us further consider the advantages and challenges of blockchain:

We can consolidate the information we’ve considered above by acknowledging five categories of benefits from blockchain technology. These are: immutability, security, verifiability, resilience and transparency (The United Nations Development Programme, 2017, p. 6).

Although blockchain has many advantages, the blockchain is still an evolving technology and it is not perfect. There are some inevitable risks of blockchain technology, let us consider them:

Blockchain requires a number of participants to support it and to create a vibrant ecosystem around it. It is the “ecosystem of players around the technology that directly influences a blockchain’s market progression” (Mougayar & Buterin, 2016, p. 62).

Most of the above challenges arise because blockchain is still in the infancy of its adoption. But as blockchain becomes more popular and society becomes more knowledgeable about the technology, we can expect that we will be able to navigate around these challenges.

Next, let’s explore some of the various applications of blockchain technology. 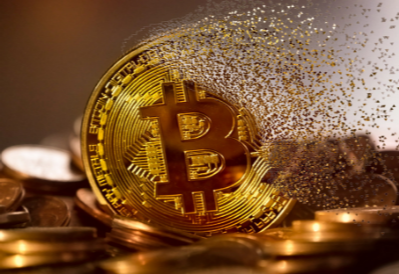 Cryptocurrency was the first blockchain application. Many people recognize blockchain as a foundation for digital currencies such as Bitcoin, Litecoin and Ethereum. The massive attention that Bitcoin received was due to the fact that it gave individuals full possession of their money in the digital realm through sole ownership of a cryptographic key necessary for the transfer of funds (IEEE, 2017, p. 4).

Bitcoin was created by the pseudonym Satoshi Nakamoto with open source code that belongs to the public domain. Blockchain technologies are centralized, thus Bitcoin operates through a peer-to-peer network of connected computers. The Bitcoin network is a database that holds past transactions as well as the current holders of the funds (Franco, 2014, p. 4).

Bitcoin identifies users by large strings of letters and numbers called addresses. Nodes in the network do not know the personal identities of users, only their addresses. Bitcoin software generates cryptographic public and private keys and addresses are created inside the user’s device during this process (p. 14). In a centralized system, the funds are held by a central entity, however, in a decentralized system, the private keys that give access to the funds are solely in the hands of the end users (p. 15).

Bitcoin is basically a protocol used to create distributed consensus. Bitcoin and similar protocols can transfer any digital asset, enabling the adoption of smart contracts. Smart contracts are contracts that are settled by running a computer program, so they do not need human interpretation or intervention to complete (p. 9).

Bitcoin is an API (Application Programming Interface) for money, and bitcoin currency is one application. Bitcoin can be used as a protocol on top of which applications can be built, just like email, web browsing, or voice-over-IP are built on top of the TCP/IP protocol (p. 10). Regardless of whether or not Bitcoin becomes a widely adopted currency in the future, Bitcoin has proved that the technology and applications are possible, and this spurs future innovation with similar platforms.

Blockchain technology has been applied with the process of verifying the identity of individuals. Most internet services offer users one of two options for identity authentication: by creating a unique registration for a particular site, or by outsourcing such verification to another large web service such as Google or Facebook (IEEE, 2017, p. 5).

As an alternative, blockchain applications allow users to manage accounts “containing various authenticated fragments of their identity, which they then can selectively disclose” (p. 5). The identification capabilities of blockchain technology have been proposed as a solution to a number of issues. For example, it could help with the emergency processing of refugees who were forced to leave their countries of origin without official documentation. Blockchain identity management systems could also be used by the general public to help people more easily recover their records in the case of emergencies (p. 5).

There are many government and governance-related applications of blockchain technology such as blockchain services for marriage registration, benefits collection, licenses, birth certificates, taxes, voting, and more (Mougayar, W., & Buterin, V., 2016, p. 94). BitNation is an example of what is possible, it features a public notary service where anyone can record and timestamp their legal documents on the blockchain. BitNation also covers insurance, social, security, and diplomacy services and is currently being used by Estonia (p. 94).

Blockchains have been proposed as a replacement for documentation processes in the shipping industry - this is because products typically go through many geographical regions, and a break in the communication chain can lead to delay and loss of profits (IEE, 2017, p. 5). Blockchains may provide a way for an accessible certification and documentation system that is impossible to falsify. Blockchain technology may also aid in reducing the prevalence of counterfeit drugs in the pharmaceutical supply chain (p. 5).

Blockchain applications can support existing energy suppliers and ensure consistent and affordable energy in underserved areas. Accenture has revealed a proof-of-concept of a smart plug prototype: when demand is high or low it searches for energy prices and then uses the modified blockchain to switch suppliers if it finds a cheaper source (Mougayar, W., & Buterin, V., 2016, p. 96). Grid Singularity is experimenting with the blockchain to authenticate energy transactions, with the eventual goal of building a blockchain platform for energy systems that can be applied to any type of transaction on the grid (p. 96).

Sending sums of money via bank transfer or traditional Money Transfer Operators (MTOs) can be slow and expensive, especially for underbanked populations. Opportunities lie in decentralized, blockchain based alternatives that are both secure and cost-effective – they can cut transfer fees in half (The United Nations Development Programme, 2017, p. 17). New transaction systems “have already shown great promise in areas with significant unbanked populations” (p. 17).

According to research from the company called Blockchain (cited by The United Nations Development Programme, 2017, p. 19), we are seeing five important trends with digital asset wallets:

These trends “provide evidence that low-cost, open transaction networks are providing considerable value to the unbanked”. Blockchain transactions have three distinctive advantages to the traditional methods:

Thus we can expect increased opportunities for the application of blockchain in the sending and receiving of remittances, particularly in underbanked areas.

There are also opportunities for blockchain advancement in the area of property rights. Smart contracts can reduce the friction of involving the banking sector while at the same time ensuring that transactions are completed automatically after approval is received.

According to the United Nations Development Programme (2017), using a blockchain technology, a shared ledger, and accompanying digital identities has several benefits (pp. 31-32):

Remittance Handling and Property Rights are two areas in which there are blockchain opportunities. But there are many others, here are a few more example of what we may be able expect in the future, perhaps in the next 5 years (Mougayar, W., & Buterin, V., 2016, pp. 123-125):

In 2017, Bitcoin experienced an unprecedented boom, at one point 1 BTC was equal to over $19,000. Yet, in January 2018, Bitcoin experienced a huge crash, falling in price by about 65% just within that month. After this rise and fall, many people seemed to lose confidence in blockchain technology – associating it only with a specific type of cryptocurrency (Bitcoin). However, it is evident that there is are a broad range applications of blockchain technology, across many industries. There are many exciting avenues in which the blockchain can be utilized, and this will continue to evolve over time.

Also, Cyrptoglobe is a good resource for staying up-to-date on blockchain news.

Institute of Electrical and Electronics Engineers (IEEE). (2017). Reinforcing the links of the blockchain. Retrieved from https://blockchain.ieee.org/images/files/pdf/ieee-future-directions-blockchain-white-paper.pdf

The United Nations Development Programme. (2017) The Future is Decentralised. Retrieved from https://www.undp.org/content/dam/undp/library/innovation/The-Future-is-Decentralised.pdf