What is Crab Mentality? The 'Crabs in a Bucket' Analogy Explained

The crabs in a bucket analogy describes a natural phenomenon that in some ways reflects human behaviour. Let’s define crab mentality and how to avoid it. 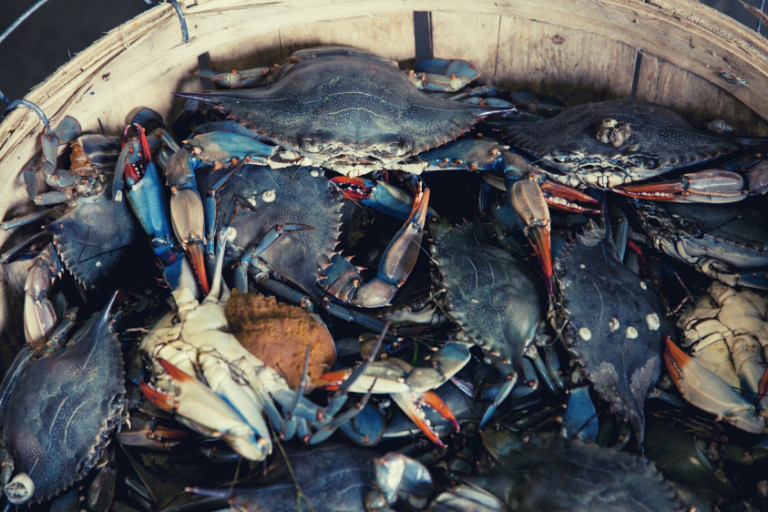 What could we possibly learn from crabs in a bucket?

The crabs in a bucket phenomenon refers to a pattern that has been observed from watching the behaviour of crabs in a fisherman's bucket.

It all starts with one crab trying to escape.

When the other crabs notice this, they immediately start to pull it back into the bucket.

This resistance occurs repeatedly any time a crab tries to get out - the group will prevent it from escaping.

Due to this phenomenon, the fisherman can leave the bucket without a lid, secure in the knowledge that every time one crab tries to escape, the others will go out of their way to drag it back into the bucket.

What is the Crabs in a Bucket Analogy?

The crabs in a bucket analogy is a powerful teaching tool that has been used in the context of human interactions.

Crab mentality is when humans view and treat each other exactly like crabs in a bucket. It is evident when a collective works to prevent the success of an individual.

There is a difference between humans and crabs however, because when crabs do it, there are no motives attached.

Humans who display crab mentality are often motivated by jealousy, envy and spite. Their mental framework has often been characterized by the idea of: “If I can’t get it, neither can you.”

Although it can be funny to watch this behaviour in a bucket of crabs, it’s a lot less amusing when you are a victim of crab mentality.

Let’s talk about why this sort of behaviour is problematic and how to avoid it.

Why is Crab Mentality Counterproductive?

People usually display a crab mentality because they feel threatened.

They live in fear of the thought of others becoming more successful than them.

This individualistic mindset is even more insidious when it permeates through a collective, resulting in a crabs in a bucket effect. The result is bullying, bitterness and betrayal between peers and associates, just to prevent someone from coming up ahead.

The crab mentality is not just about preventing people from making progress physically - it involves targeting them mentally too.

People with this mentality will often try to weaken the morale of others, attacking their self-confidence and making them believe they’re not good enough to ‘escape’.

But here’s the thing about the crabs in a bucket situation: everybody loses.

As people try to undermine each other, they contribute to the group’s collective demise.

This is why such behaviour is so counterproductive. Imagine going through all that effort for fear of becoming a loser - just to end up a loser, in every sense of the word.

How Do We Get Put in Buckets?

In life, we all get put into a bucket in one way or another.

We all share similar social groups or ‘buckets’ through relationships such as being classmates, co-workers, family members, or being in the same friend group.

When people deem you as being in the same bucket as them, they might try to pull you down when they notice that you’re growing and climbing out of the bucket.

But when you’re at that peer level, people start comparing themselves to you and seeing you as competition. That’s why strangers might be more supportive of your endeavours and success than friends and family.

Of course, not everyone acts like a crab in the bucket. However, the people who do are not always obvious:

Many people want you to do well.

But just not better than them.

In a literal crab in the bucket situation, not one crab is able to escape.

And in the real world, the crabs in the bucket situation similarly backfires. Why? Because in human relationships, having mutual enemies does not make you friends. The oppression strategy of the collective is no basis for bonding.

Rather, it creates an atmosphere of suspicion and distrust - you have to constantly watch your back before they come for you next.

Despite these adverse consequences, you still find people who seem to be convinced that the only way to succeed is to bring others down.

Examples of Crab in the Bucket Mentality

Here are some ways in which a crab mentality could hinder progress:

Grading at school - The crab in the bucket mentality is often reflected in peer-marked assessments, where a student might deflate another student’s score out of concern that their fellow classmate might achieve a higher grade.

Another variation of this was observed in a study conducted in New Zealand a few years ago, where students consistently performed worse in a name ranking system where their grades were openly reported. The study found that students would collude in assessed work to ensure that their grades would not stand out, and so they wouldn't be bullied or harassed by their peers.

However, when the grades were reported in a more private ranking system, it was observed that the students tried harder and worked more independently, resulting in an up to 18% average exam result improvement.

No free support  - Another example of crab mentality is when friends fail to support each other, even when it would literally cost them nothing. For example, a person invites a friend to like their new business page on Facebook, yet the friend withholds the like, perhaps due to a tinge of jealousy.

Withholding compliments - Sometimes people will withhold complimenting their peers who do well, because it makes them feel inferior. Or they’ll attribute this person’s success to chance, making excuses such as: “they were lucky", rather than recognizing their hard work.

Withholding connections - Some individuals might refuse to recommend a peer for a role they know they would excel at - because they are worried that the person will become more successful than them. They might also not pass on a useful contact or opportunity to a peer who requires assistance to reach a goal.

Mocking and planting seeds of doubt - Another way that a crab mentality is manifested is when people mock their friends for their goals and aspirations. Out of jealousy and their own insecurity, they might try to convince the person that what they’re working towards is impossible. The basis of their remark is usually the fact that they’ve never done it, or they’ve never seen anyone else do it. This - by the way - is never a valid argument.

Are any of these scenarios familiar to you? 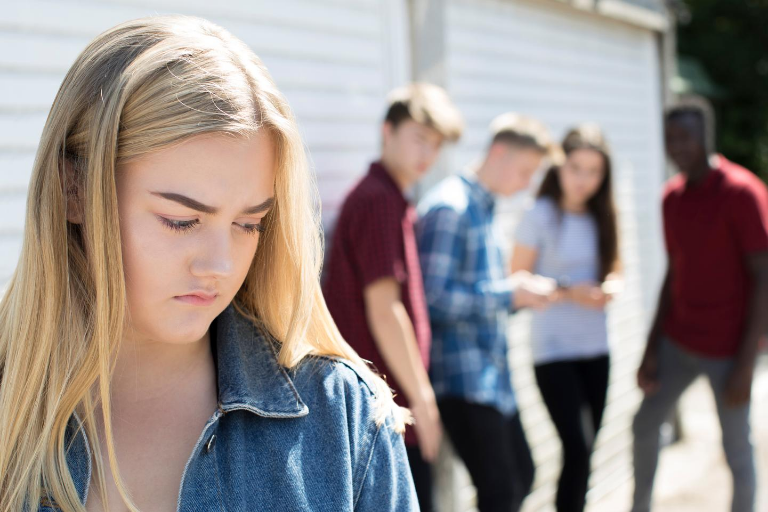 Peer Pressure Often Leads to a 'Crabs in a Bucket' Effect

How to Rise Above Crabs in the Bucket (& Avoid Being One)

It can be frustrating to deal with crab mentality in your personal life, but rather than focusing on the negative, there are some things you can do:

Choose your associates wisely - As much as reasonably possible, stay away from people who blatantly display a crab mentality. Fake friends who project their own fear of failure and insecurities on you can be physically and emotionally draining. One of the biggest warning signs to notice is people who speak disparagingly of others behind their back. Seek out friends who are supportive and genuine. And remember that sometimes it’s better to be alone than to be in the company of crabs.

Become a better climber - Someone once said ‘how thankful we can be for fellow crabs, because they make the rest of us better climbers’. How true! One of the best things you can do to rise above crabs in the bucket is to work ever harder to reach your goals. Increase your focus. Improve your skills. Get better. Direct your energy into your vision rather than on those who are skeptical.

Succeed in silence - If the crabs don’t notice you, they can’t drag you down…

Remaining humble and working in silence is often a real protection. One of the most common ways that people attract crabs is by broadcasting their achievements and always telling everyone their next move. It’s always better to just do your thing and mind your own business. The crabs can’t drag you down when you’ve already managed to make it out of the bucket.

Lead by example - support your peers: One of the most powerful things you can do for your community (the bucket) is to be supportive of your peers. Rise above a competitive mindset and genuinely seek to help others. View one person’s win as a win for the group. Share opportunities, recommendations and insights with people to help them grow, and do it without expecting anything in return.

Your efforts will never go unnoticed though. People remember those who go out of their way to help them. Moreover, when you lead by example, you enable a generous spirit to spread beyond your friend group, and into the larger community.

Thanks for reading. Let's spread awareness of this concept - please share the post if it resonated with you! 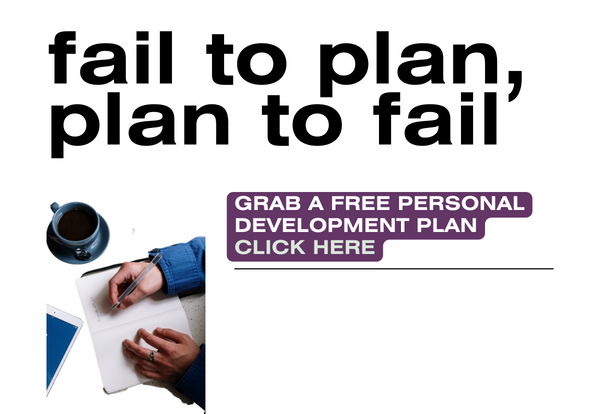