What comes to mind when you think of the word respect? Is it a feeling you have towards someone, or an action that you demonstrate? Let's talk about it. 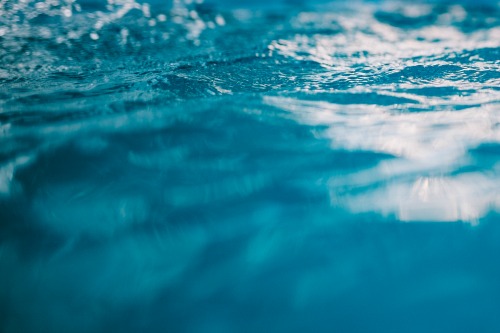 Respect is a quality most of us try to have in our lives, but the way you view that word really impacts the extent to which you use it in your everyday life.

When reading the title of this blog post, what did you say? Did you say respect is a feeling? Or did you say that respect is an action? Well the truth is, no matter what you answered, you are right to some degree.

The dictionary definition of the word respect embraces both views of respect. Yes, according to the Merriam-Webster dictionary, for example, respect is both a noun and a verb. But there is a bit more to this word when we actually use it in our interactions with others...

Let us briefly look at three ways respect might come into play in our lives and why your attitude towards the word matters.

As a noun, the word respect means a feeling of admiration or the view that something is valuable. In other words, respect is a feeling that is synonymous with the words 'regard' and 'esteem'.

The word respect can also carry another meaning , somewhat similar to the one described above. It can also be defined as the view that something is important and needs to be treated appropriately.

The last definition we will consider is the word 'respect' in the verb form. As a verb, respect means to admire someone through a person's actions and show that you think highly of them. In dictionary form, it basically has the same meaning as the first noun shown above.

Did you notice the subtle difference between each of the above definitions? The first two are things and the last one relates to a doing-word, an action.

Why Your Definition of Respect Matters.

So, why does all this matter? Well, your attitude towards the word respect plays a significant role in how well you get on with others and your own journey of personal development. Consider this example:

Two people experience a disagreement. Linda feels that  Bob does not respect her. As a result, she becomes angry at him. Bob however, does not understand. Bob is shocked to hear of Linda's complaint because he feels that he does have respect for her.

What is  the problem here?

Bob and Linda both have different attitudes toward the word respect. Linda views respect as an action that should be demonstrated.

She is not OK with Bob just saying that he respects her, Linda expects him to show it through his actions, by listening carefully to her and responding to her needs. Bob, on the other hand, views respect as a feeling and strongly believes that he has done nothing wrong.

Such a mix-up can happen between parents and children, couples or even friends. It can lead to hurt feelings and extensive arguments.

So, how you view the word 'respect' does matter.

View it as an action, not just a 'feeling'

Yes, respect can be a feeling. But for the most part, it is better to view it as an action, sort of as a responsibility toward other humans. Let us go back to the second definition of respect described above...

That definition states that respect is the view that something is important and needs to be treated appropriately.

It's likely that you encountered that form of respect at some point as a child in school. Perhaps your teacher told you to have respect for certain equipment or the personal property of other children.

Yes respect was a feeling your were expected to have towards your surroundings, but you were also expect to treat the word as verb, to actively take steps to to demonstrate respect as well as feel it.

You were expected to actually handle equipment with care and put things back how you found them. When it came to respecting individuals you were expected to physically be polite and courteous, not just have those feelings in your head.

Having respectful admiration is great, but when it comes to our everyday lives, viewing respect as requiring positive action on our part makes us more responsive to the needs of others. You may respect a well-known person whom you have never met because of their achievements or abilities, but when it comes to the people around us, just 'feeling' respect won't cut it.