What is the Opposite of Love? Why It's Not What You Think...

Today I'd like to pose a slightly unusual question: What is the opposite of love? Is it hate...or something else? Let's talk about it. 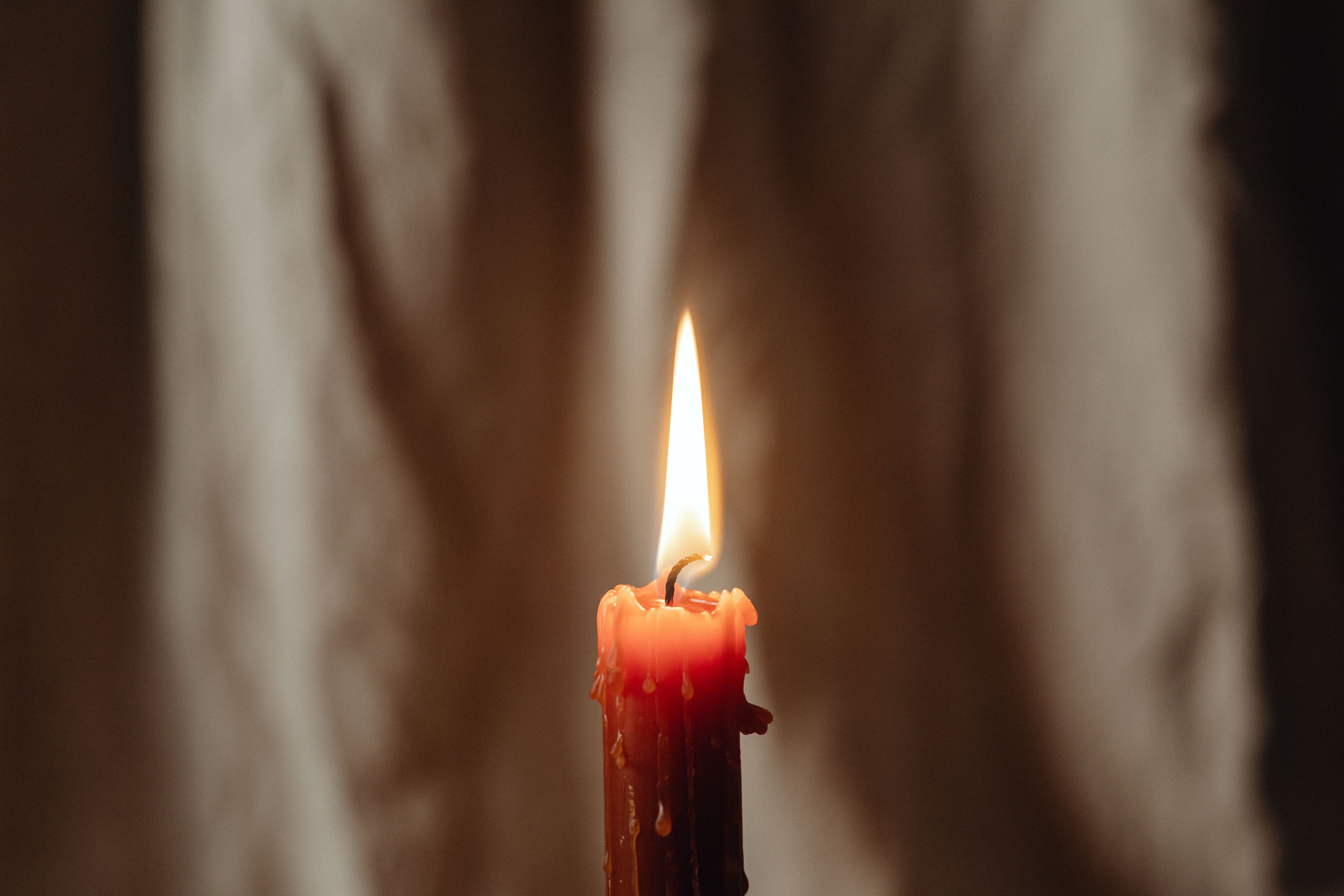 The emotion that's almost impossible to express in mere words.

The feeling makes us forget our troubles and believe that all is perfect in the world.

When you are loved by someone, it feels like basking in the warm summer sun.

The glow you feel internally radiates externally in a cheerful and peaceful disposition.

The feeling of being exiled and abandoned, sitting in the cold, dark shadows, as you desperately search for the faintest embers of love and light...

The Opposite of Love is Not Hate

Although our society typically places love and hate as extremes on a spectrum, I'd beg to differ.

While it is true that none of us enjoys the feeling of being hated by someone, I'm sure you can agree that hatred is still a form of attention.

Think of all the classic hero and arch nemesis duos that we find in popular culture, such as:

What do all of the above have in common? These one of a kind pairs just seem to love hating each other.

Take the last couple on the list as an example. If you've watched Phineas and Ferb, you'll have noticed what an odd dynamic Perry the Platypus and Dr. Heinz Doofenshmirtz have.

These characters basically live to hate each other.

They see each other every day. Their whole careers are devoted to each other. 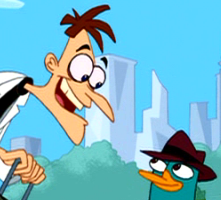 In certain episodes, Doofenshmirtz reveals that he feels lonely when Perry doesn't come to defeat him, or if he is late or leaves early.

He once even chased Perry down and begged to be thwarted when Perry felt that his scheme was not worth the effort to foil.

Though they claim to be enemies, Perry and Dr. Doofenshmirtz are relatively civil to one another and have a relationship that mirrors that of a dysfunctional married couple.

Yes, it's a TV show; but this cartoon relationship is not entirely dissimilar to some of the frenemy relationships we encounter in real, everyday life.

At times it seems that we become addicted to those we call our "enemies".

It's very common for people to go to great lengths to try to impress people they don't even like.

I'm sure you've seen those posts on social media where people flaunt their high status lifestyles in photos with sassy, cryptic captions that are obviously targeted to a certain audience.

People love to communicate indirectly with the people they don't like through social media.

In fact, it's been said that no one follows your activity more closely on social media than someone who doesn't like you in real life.

So, it generally seems to be true that people keep their friends close and their enemies closer.

But in a way, that makes things even more complex.

If love and hate are (in many cases) two sides of the same coin - what really is the opposite of love?

What is the Opposite of Love?

If all press is good press, then the opposite of love is indifference.

Why? Because at the end of the day love and hate are both intense, devoted emotions.

But not caring about someone at all is something else.

It's an entirely different monster.

The reality of indifference being the opposite of love explains why the pain of abandonment can hurt so deeply, and why the silent treatment can sting so harshly.

It explains why we are left in utter shock when we are "ghosted" by someone we love - why we wonder in amazement how they can live their life so seamlessly without us.

Sometimes it would almost be better to receive an angry, passionate text message or phone call from someone you've fallen out with than to be left eternally on "read".

If someone hates you, at least they have an opinion about you, which means that they think about you.

If someone is indifferent to you, you don't exist in their world; you're dead to them.

If love is a Carribean beach, indifference is the Siberian Arctic.

Love vs Hate vs Indifference

All this being said, it's important to clarify that I'm not suggesting that love and hate are the same thing.

They are obviously two distinct emotions.

However, notice that you still feel something...

Perhaps reflecting back on your own life, you'll notice that the times you felt most hurt by another person were not when you were called names or mocked, but rather when you were ignored or overlooked - when someone did not deem you important enough to engage with.

Such rejection can be incredibly hard to recover from, because it can plant a seed of self-doubt that continuously grows until you deliberately squash it.

Indifference also often creates a need for closure - the need to get into the other person's mind to understand why they acted the way they did.

However, unless you're super fortunate, this is something you rarely ever get.

Time and again, people leave for what seems like "no reason" and they never come back.

The harsh consequences of indifference are succinctly expressed in the following quote by J.K Rowling:

“Indifference and neglect often do much more damage than outright dislike.”

"Indifference is the strongest force in the universe. It makes everything it touches meaningless. Love and hate don't stand a chance against it."

How to Deal with Indifference

1. Put the Ball in the Other Person's Court 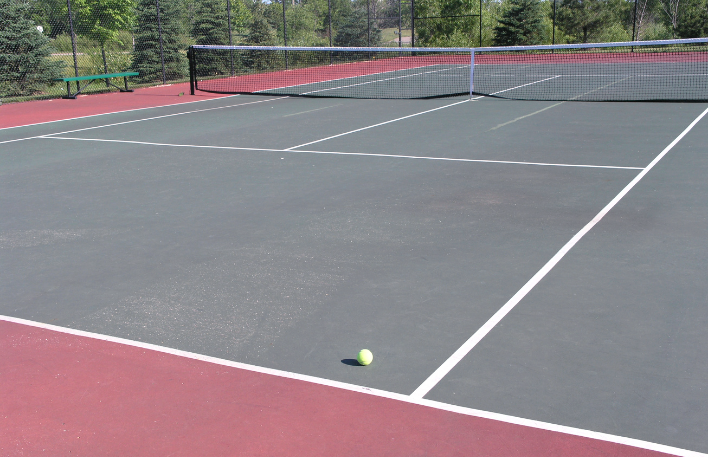 While we can't control how other people treat us, we can decide how we will react to their indifference.

Compassion is one of the greatest antidotes to indifference. It comes in two parts:

Self-compassion will enable you to remind yourself that your worth is not determined by another person. It will help you make peace with indifference and take your power back.

Displaying compassion doesn't mean that the other person will suddenly start caring about you again.

It just means that you decide to give them the benefit of the doubt, accept the outcome, and move on.

The ball is now in their court. You've done your part, and you have to get on with your life.

2. Care About the Right Things

When you meet with indifference, you should take a moment to think about where your energy is best spent.

When you do so, you'll realize that it's best spent living in the present and planning for the future, not dwelling on the past.

Yes, you have to care about the right things.

When someone we love hurts us, we often remark how we don't dislike them, we just dislike what they did to us.

The same thing can be applied to another person's indifference.

I mean you care - but not that much - because you've moved them into a different box.

They're not the focus of your attention anymore.

As a result, if they change their mind and start caring again, they'll still have to put in effort to restore the relationship.

So how will you react when confronted with the opposite of love?

Ultimately, the best thing you can do when someone ghosts or abandons you is to make the most of the relationships you have with people who love and care about you.

At the same time, never give up hope on the people who are indifferent.

Don't wait for them, but don't give up on them either.

Why is this so important? Because of one simple but profound truth: we've all been indifferent to someone else before.