An interesting list of boy names starting with V... How many can you name? 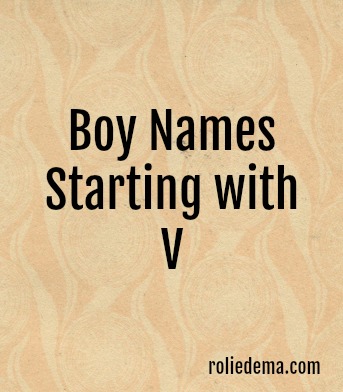 Vasco - Origin: Spanish. Meaning: From the Medieval Spanish name Velasco which possibly meant "crow" in Basque, a language native to France and Spain.