The Path of Least Resistance - Is it the Path for You?

The path of least resistance is a concept that's often used in physics...but it's also used in psychology when talking about human nature. Let's unpack it. 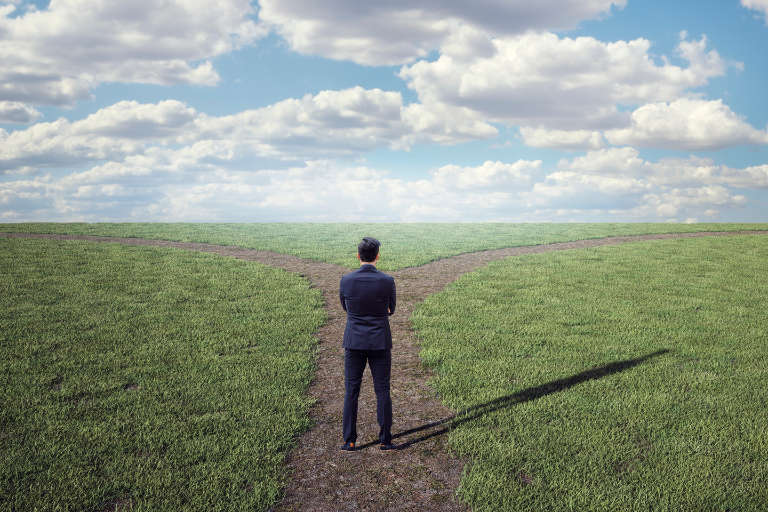 Some paths in life are inherently easier to take than others. Why?

In this post, we're going to explore the answer to that question, by looking into a concept in physics known as the path of least resistance.

What is the Path of Least Resistance?

In physics, the path of least resistance is the easiest path for an object or entity to take when in motion.

For example, electric current - like water flowing down a rocky incline - always tries to take the path of least resistance.

If it is impeded by a number of different insulating materials, it will naturally follow the least insulating (i.e most conducting) one. If a conductive path exists, it will always choose that path over all else.

The path of least resistance is why people who live in areas with high lightning strikes install lightning rods in their homes.

A lightning rod is a pointed metal rod attached to the roof of a building.

Lightning rods work by intercepting lightning strikes and providing a safe and effective path (a path of least resistance) that takes lightning's harmful electricity to ground.

Lightning would rather flow through metal than through you, so it keeps you safe.

In a similar way, when speaking metaphorically, the path of least resistance is the traditional path that's designed to keep people "safe and sound", flowing with the status quo.

The Path of Least Resistance...from a Psychological Perspective

Society trains us to follow the path of least resistance in our lives.

The path of least resistance can generally be described as:

If you do everything in the above checklist, you are generally considered successful and will experience the praise of your friends and family.

However, if you veer from the path of least resistance (by perhaps choosing to do something as simple as starting a business), you immediately step out of the realm of safety and open yourself up to criticism and scrutiny.

These principles truly are the pillars that hold up the system we live in, whether we want to admit it or not.

If you've ever wanted to go down a unique path in life, you know what this feels like.

Many first year college students would like to tell their parents and family friends that they don't actually want to pursue that career in medicine...but don't, because they're afraid of the disappointment.

Society loves you as long as you're doing what it wants you to do. But the moment you decide to be different, you're in trouble... 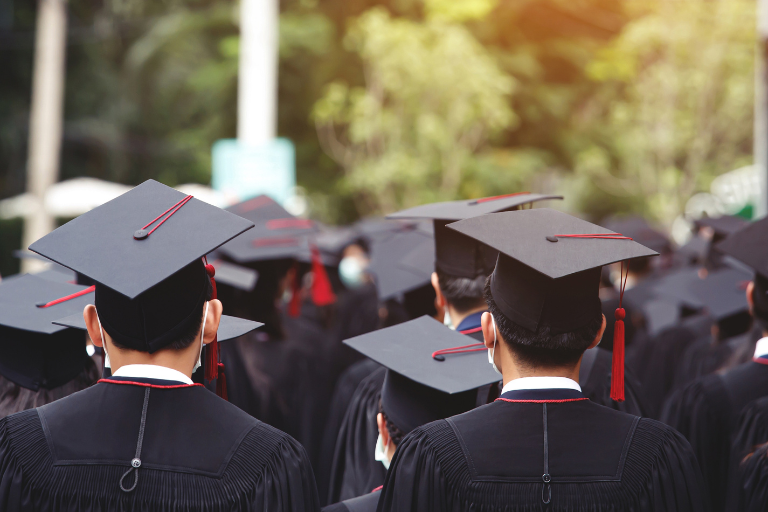 Why? Because even though the action is easy to take from a societal point of view, it often results in internal crisis and a loss of self-identity.

Even if you do give into the external pressure to live your life a certain way, it won't be smooth sailing, because you'll have to battle with cognitive dissonance - the feeling that you've betrayed your personal values.

That's why many people willingly disregard the path of least resistance.

In other words, as long as they're living up to their value system and doing what makes them happy, it doesn't matter whether they're on the popular path or not. Think: Starving Artist.

It doesn't even matter if they get shunned. They're happy to follow the path less traveled, because for them the destination is breathtakingly beautiful.

More Competition on the Path of Least Resistance 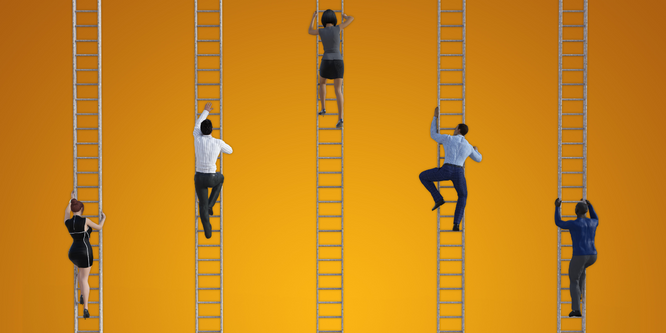 Let's switch gears a bit and talk about a completely different reason why the path of least resistance is not actually the easiest: because it's the path of greatest competition.

I've always been a big believer in the idea that when it comes to goal-setting, there is less competition at the top.

Yes, bigger goals often are often accompanied by less competition because people are too afraid to do the work and challenge themselves.

Tim Ferriss has talked about this concept before - he once set a challenge for a group of college students and offered the reward of a round-trip ticket anywhere around the world, but since they all overestimated the competition, no one even showed up...

For this reason, as Tim explains, doing the unrealistic can sometimes be easier than doing the realistic:

"99% of the world is convinced they are incapable of achieving great things, so they aim for the mediocre middle-ground. The level of competition is thus fiercest for “realistic” goals, paradoxically making them the most time- and energy-consuming."

People think they're taking the easy path, but it's often not as easy as they think.

As the saying goes, the fishing is best where the fewest go, and the collective fear of the unknown/unconventional makes it easy for people to hit home runs while everyone else is aiming for base hits.

Not to mention the fact that bigger goals can be more motivating.

Mediocre goals result in mediocre effort, because if you fail, who cares anyway?

That's why it's important to set goals that scare you and excite you at the same time.

It reminds me of an awesome quote by Jim Carrey:

"You can fail at what you don't want, so you may as well take a chance at doing what you love."

Which Path Will You Choose? 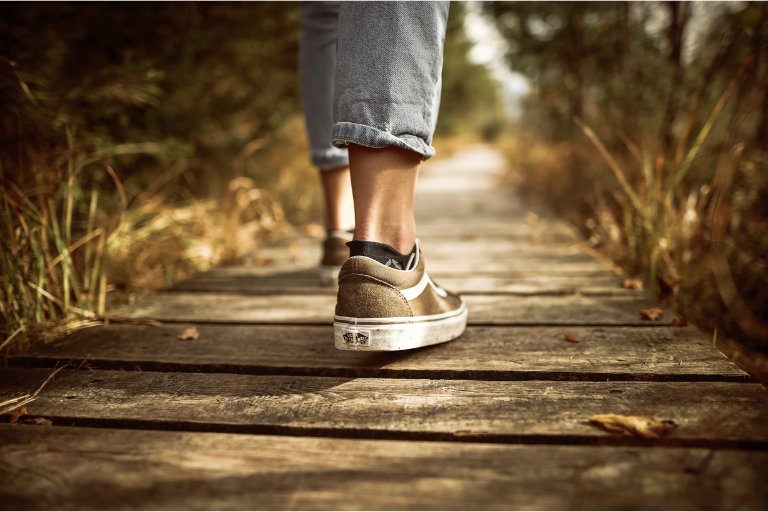 So, the final question left to ask is: Which path will you choose?

Will you choose the path of least resistance in your life and gently coast by until you realize that you've been wasting all your time chasing other people's goals?

Or will you grab life by the horns and live purposefully and deliberately, choosing the path that aligns with your values, whether or not it's popular one?

That's ultimately the decision that each of us has to make.

The decisions we make every day have a compound effect and push us further from or closer to society's path of least resistance.

It won't be easy.

It's never easy being different or receiving judgement from others.

But let me tell you, when you choose the path that comes with higher *calculated* risk and higher reward, there's no looking back...

Your second block of text...