The Science of Persuasion

The science of persuasion is fascinating, and it all starts with looking at what constitutes persuasion and if it is something we should work at using ourselves. This post looks at some interesting theoretical perspectives on how persuasion works... 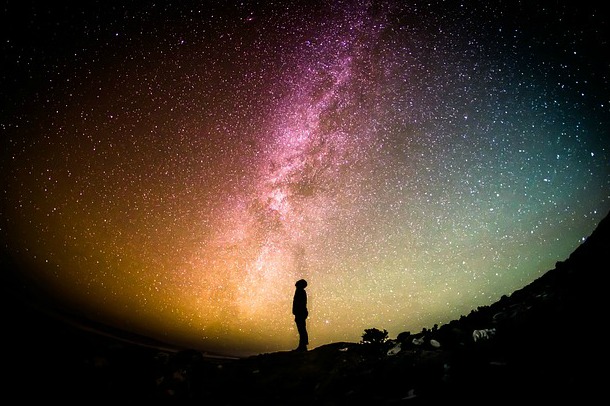 Persuasion is both an art and a science. It can be defined as the act of creating, reinforcing, deleting or modifying beliefs, attitudes, motivations via communication. Let’s look at principles of persuasion that provide a theoretical perspective on how you can be more persuasive.

The idea of persuasion is often criticised as people tend to associate it with manipulation. However, persuasion is not a dirty word.  Persuasion is essentially a tool, like a hammer, that can be put to good or bad use. It ultimately depends on the persuader’s motives.

There are actually many benefits to studying persuasion.

The Benefits of Learning About Persuasion

Studying persuasion helps you become a more effective persuader. The ability to persuade is actually an important part of good communication.

Also, learning about persuasion enhances your knowledge and awareness of a variety of persuasive processes. Knowledge is power, right? Discussion about persuasion is interesting in itself, but when you learn about how persuasion operates it also makes you a more mindful communicator, who puts thought into their words and interactions with others.

Learning about persuasion can also have a defensive function because it helps you become a more discerning consumer because you know how and why influence attempts succeed or fail. When you know how persuasion works, you are less likely to be taken in by it.

The reasons above show how persuasion can actually be a positive social force. Now let's examine the science of persuasion.

Let’s look at two model of persuasion that are similar, and then a third, alternative model.

The Elaboration Likelihood Model (ELM) of persuasion was developed by Richard Petty and John Cacioppo. In their model, there are two basic routes to persuasion that operate in tandem. The first is called the central route or central processing. It means thinking about the content of a message, reflecting on the ideas and scrutinizing the evidence (a process called cognitive elaboration). The second route in the ELM model is known as the peripheral route, and involves focusing on cues that aren’t directly related to the substance of a message.

For an example of how these two routes work, picture two people on a date at a restaurant, Bob and Barby. Barby picks her meal by studying the menu and looking carefully at the nutritional information as well as mix of ingredients. She follows the central route. Bob, however, is enamoured by Barby’s good looks and so when the waiter asks him about what he’ll have, hardly looks at the menu and just automatically orders the same as Barby. Physical attraction is playing a role here and Bob is basing his decision on cues that are unrelated to the information, the details and content that are presented on the menu. Therefore he follows the peripheral route or peripheral processing.

The second factor that determines whether a person will rely on central processing or peripheral processing the ability of the person to process information.

Involvement focuses mostly on a person’s willingness to engage in central processing, but a person but must also be able to do it. Some people are more adept at grasping ideas, understanding concepts, and making sense of things.

Both of these factors, motivation and ability, play a key role in determining what sort of processing a person will engage in.

Let’s look at another model of persuasion that bears many similarities to the ELM model. It is known as the Heuristic Systematic Model (HSM) of persuasion, by Shelly Chaiken and Alice Eagly.

Heuristic processing involves decision rules that simplify the thought process. E.g. “This wine bottle is prettier, so it must be better wine.” Another example is having generalized decision rules in your mind that are activated under the appropriate circumstances. For example when buying a car, a person might be used to saying, “Toyota’s vehicles are reliable”, and this thought processing influences the car they buy, it’s going to be based on the brand name. Both cases are examples of mental shortcuts.

The HSM model also explains that simultaneous processing often occurs - that is the use of both routes in decision making. Like the ELM model, the HSM model also states that motivation and ability determine which route is taken.

There is an alternative model of persuasion to the dual process of models (ELM & HSM) that we just explored. It is the Unimodel, developed by Arie Kruglanksi and Erik Thompson. The unimodel rejects the notion of two distinct types of processing. It instead states that there is simply more or less of central processing, and so peripheral processing would be on the ‘less’ side. According to the unimodel, persuasive messages that are longer and more complex require more thought for the receiver while simpler, short messages require less thought.

To make persuasion last, you've got to make people think. Give them substance.