What are prima donnas? How should you deal with one? Here are some important things to know about the prima donna personality.

When you come in contact with the prima donna personality, it's very hard to miss.

Prima donnas are the human equivalent of peacocks. They exist to be seen and heard. You’ll find them in almost every social setting - whether it’s work, school, or a party.

Let’s discuss what the prima donna personality is and how to effectively deal with prima donnas in your life.

The Original Meaning of Prima Donna

The term “prima donna” originates from Opera music. As italian speakers would know, “prima donna” literally means “first lady”. It is the official title for the lead female singer in an opera company.

Prima donnas typically performed leading roles and sang more often than other women in the company.

In the 19th century, these troupe members developed the reputation of having off-stage personalities that were just as grand as their on-stage appearances.

Prima donnas were often very demanding of their colleagues, including fellow troupe members, musicians, set and wardrobe designers, producers and other staff.

They expected special treatment - and generally received it - because of their widely admired talent and their draw at the box office. 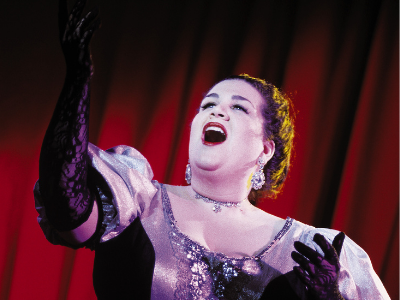 What Does It Mean When You Call Someone a Prima Donna?

Basically, when you call someone a prima donna, you are saying that the person is self-centered and has an inflated idea of their talents and worth.

Unless referring to an actual opera star, the term has negative connotations, much like the word "diva".

Additionally, while a literal translation of prima donna refers to a lady, both males as well as females may be called prima donnas.

Hint: You're probably not best pals with someone you refer to as a prima donna.

Here are five key characteristics of the prima donna personality:

1. They think they're better than everyone else

Prima donnas think they're better than everyone else, and they're not shy about letting others know it. Prima donnas consider themselves too good to do certain tasks and live under conditions they consider inadequate.

When everyone else is doing their best to manage a difficult situation, a prima donna will make a HUGE fuss about it.

2. They are impossible to please

You could go to the moon and back for a prima donna - but they still wouldn't appreciate it. These individuals are hard to deal with because they always have unrealistic standards for others.

Moreover, they fail to show appreciation for the things they receive and would rather focus on what is missing.

3. They don't pull their weight in teams

A sense of entitlement is a key part of the prima donna personality. Such people expect everything to be handed to them on a platter of gold.

Prima donnas think they've already paid their dues, and that it's only fair that others work for them while they just sit back and relax.

The only time they want to be involved is when the project is done and it's time for recognition - then they'll happily take all the credit.

4. They disregard the rules

Rules? What are rules to a prima donna?

Because prima donnas don't think rules apply to them, they slow everyone else down. Overflowing with "autonomy" and "creative juices", they completely disregard deadlines and standards.

They essentially think that their own judgement is the ultimate standard of excellence, so they just do want they want.

5. They need constant praise and admiration

Prima donnas are used to being center stage, and something feels wrong to them when they're not.

These individuals need a constant stream of applause and recognition to keep their ego inflated. As a result, they tend to surround themselves with people who are willing to cater to their obsessive craving for attention.

How to Effectively Deal with Prima Donnas 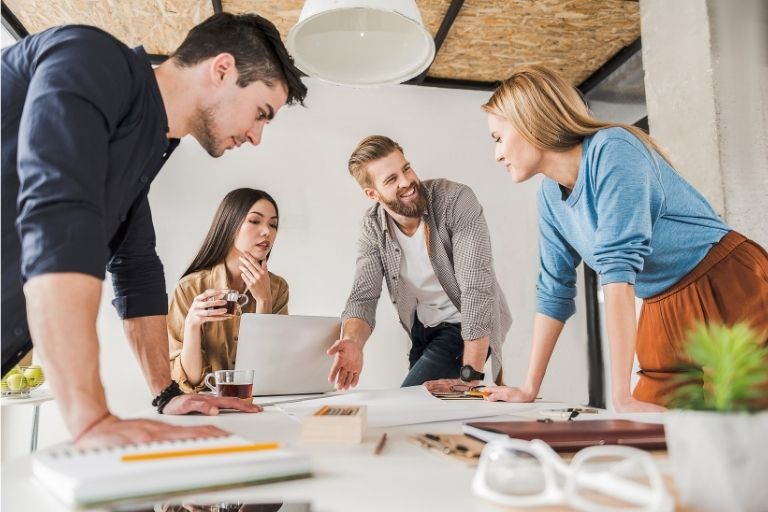 Perhaps you're wondering how prima donnas could ever be tolerated in society. Remember what we said earlier...

Prima donnas thrive because they are viewed as valuable in their environment. In the workplace, they’re often the company’s best performers - or people who have been around forever.

So while you can't escape interacting with prima donnas, you can take steps to deal with them successfully. Here are tips to help you do so:

Setting boundaries is crucial when dealing with prima donnas. As we all know, it’s almost impossible to control anyone else's actions, but we can start with ourselves. You should aim to set boundaries around what you’re available for and how you react to people who display the prima donna personality. It’s less about managing them, and more about effectively managing yourself and your emotions.

Wherever possible, try to reign in the time and energy you spend on prima donnas. Of course, it’s important to have an open and empathetic approach when dealing with people, but don’t buy into their arrogance or excessive sense of self-importance. Stay true to yourself and be sincere.

Instead of focusing on the drawbacks of the prima donna personality, why not focus on the strengths...and amplify them?

Here are two ways to do so:

Give them space - Although prima donnas may not always pull their weight in a group setting, they are often highly self-motivated and produce excellent results when given space to work independently. If you can, avoid giving them responsibility over others - instead give them tasks that allow them to be alone and in their element.

Give them a challenge - Prima donnas like being exceptional, and this often makes them willing to take on difficult tasks that would generally intimidate others. Engage them in complex projects that enable them to demonstrate their creativity and skill, e.g. an important new initiative that presents an opportunity to impress the boss.

3. Focus on the idea; ignore the flamboyance

Whenever you have to deal with difficult people, it's best to apply a simple, universal principle:

Focus on the message, not the messenger.

It can be hard sometimes, but make it your aim to look past a prima donna's showy behaviour, and consider what they actually have to bring to the table.

If you are able to evaluate their work objectively, you'll be able to appreciate their good qualities, and even learn from their experience in the field.

Thanks for reading this post on the prima donna personality. Did any prima donnas in your life come to mind?

As we think about personality types that we find hard to live with, it provides a good opportunity for self-reflection - to make sure that we're not coming across this way ourselves - right?!

That's what personal development is all about.

The better we get at understanding and navigating interpersonal relationships, the better equipped we will be to handle the obstacles that life throws at us.

Even a prima donna can't take away your sunshine ;)