Best Audiobooks For Kids -  15 Stories To Entertain and Inspire

Here is a list of the best audiobooks for kids to help you discover great stories to entertain and inspire your little ones. 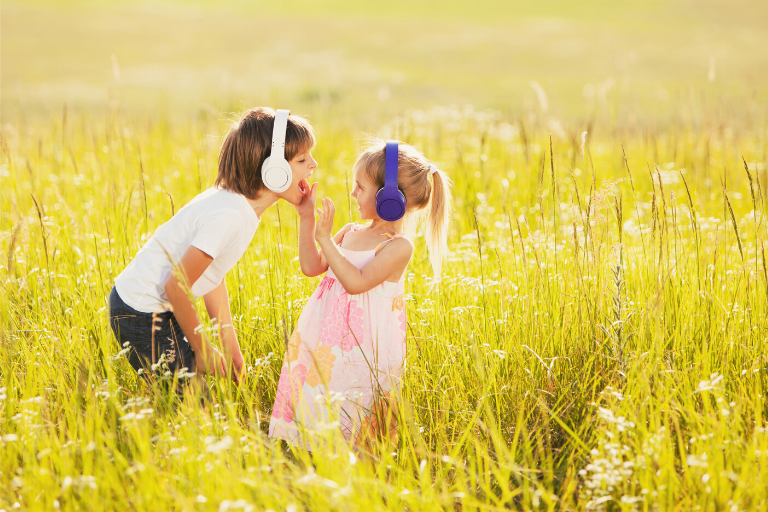 Listening to audiobooks is a great way to help your kids develop a love for reading. A captivating tale can be the perfect bedtime story or mid-afternoon activity for children. This list of the best audiobooks for kids can help you discover many more great reads for your next storytime. 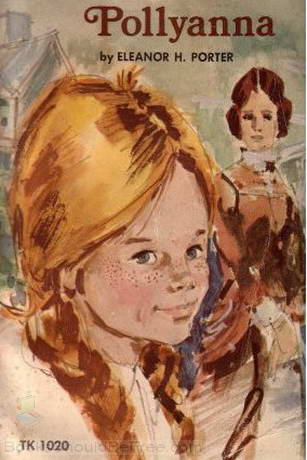 Pollyanna is a classic in children's literature. The story is about a 12-year old orphan who goes to live with her Aunty Polly in Vermont. Unfortunately her aunt accepts her very reluctantly only out of 'duty' and sticks her into a tiny hot attic room so she will be 'out of the way'.

However, Pollyanna has been taught by her Father to play 'The Glad Game', where you find something to be glad about, no matter what the situation. Pollyanna’s irrepressible happy attitude transforms not only that dull and miserable house, but an entire village before she is through.

Listen to Pollyanna: get the free audiobook 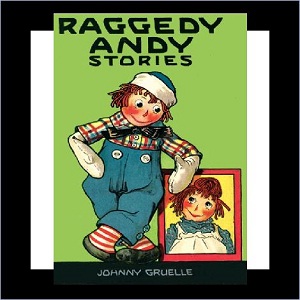 Raggedy Ann is a fictional character created by writer Johnny Gruelle (1880-1938) in a series of books he wrote and illustrated for young children. These tales, illustrated by Gruelle's own charming and brightly colored drawings, were inspired by his daughter Marcella's devotion to a rag doll that originally belonged to her grandmother.

The Raggedy Andy Stories is a sequel that introduced the character of her brother, Raggedy Andy, dressed in sailor suit and hat. Raggedy Andy has delighted millions of readers with his adventurous spirit and compassionate nature. All the original stories are here, as Raggedy Andy arrives in the mail at Marcella's father's office, displays his cheery smile, and is eagerly reunited with his sister, Raggedy Ann.

Listen to The Raggedy Andy Stories: get the free audiobook 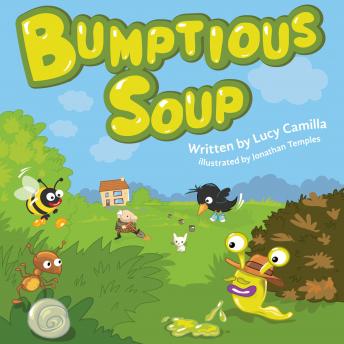 This audiobook is a set of three humorous stories for children aged 8 to 11 years. Bumptious Soup is a curious slug who is convinced that he has special abilities not normal to the usual, everyday slug. These special abilities, he believes, have given him the power to unravel mysteries and crimes committed in the garden.

Where is the snail? Who killed the bee? Who lost a bone?

Mysteries in the garden!

'Detective' Bumptious Soup knows he can solve these crimes. His powers of deduction would surely be the envy of any police force.

Listen to Bumptious Soup: get the free audiobook 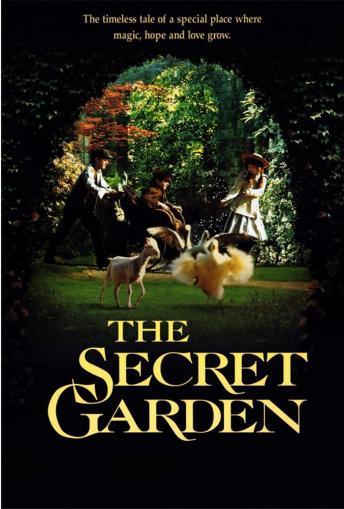 The Secret Garden by Frances Hodgson Burnett is one of the most delightful and enduring classics of children's literature, and was one of my favorite books as a child. The story is about a young girl called Mary Lennox who was brought up in India, but upon becoming an orphan she moves to England to live on her mysterious uncle’s sprawling estate on the Yorkshire moors.

One day Mary discovers a hidden and neglected garden adjoining her uncle’s mansion. When she meets gardener Ben Weatherstaff, and discovers her hidden-away sickly cousin, Colin Craven, the three come together to tend the garden. Mary’s life—as well as the lives of those around her—begins to change in unforeseen ways. The Secret Garden is one of the best audiobooks for kids as it is an enchanting story of transformation and compassion.

Listen to The Secret Garden: get the free audiobook

5. The Adventures of Lightfoot the Deer 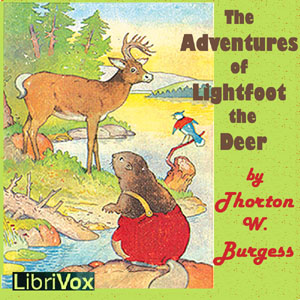 The Adventures of Lightfoot the Deer is a set of children’s stories by the conservationist, Thornton W. Burgess. Burgess loved the beauty of nature and its living creatures so much that he wrote about them for 50 years in books and his newspaper column, "Bedtime Stories".

Lightfoot, a young deer, has adventures with many of his forest friends, including Danny Meadow Mouse, Peter Rabbit, Jumper the Hare, and many others. This book also chronicles the predator-prey interaction of a human hunter and Lightfoot the Deer during the autumn hunting season.

Listen to The Adventures of Lightfoot the Deer: get the free audiobook 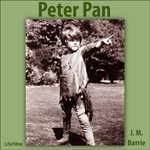 Peter Pan is the well-loved story of three children and their adventures in Neverland with the boy who refuses to grow up. In both the play and the novel, Peter often visits the "real world" of London to listen in on bedtime stories told by Mary Darling to her children.

One night, Peter is spotted, and while trying to escape, he loses his shadow. On returning to claim his shadow, he wakes Mary's daughter, Wendy Darling. When Wendy succeeds in re-attaching his shadow to him, Peter takes a fancy to her and invites her to Neverland to be a mother to his gang of Lost Boys, the children who are lost in Kensington Gardens.

Wendy agrees, and her brothers John and Michael go along. The dangerous and magical flight to Neverland is followed by many adventures. As you share this audiobook with your little ones, you'll rediscover your favorite characters: Captain Hook, the Darlings, Tinker Bell, The Lost Boys, and a tick-tocking crocodile.

Listen to Peter Pan: get the free audiobook 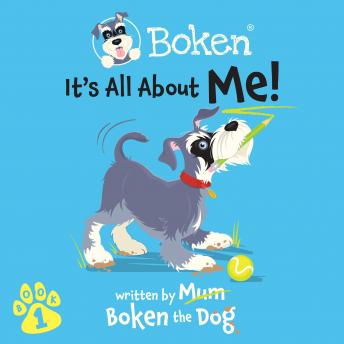 This kids' audiobook is an introduction to the adventures of Boken the Miniature Schnauzer. Boken is a fun loving, very cheeky little chap who likes nothing more than having fun, exploring the world and loving those who love him back.

Before you can delve into his fun and fabulous adventures, you need to get to grips with who he is, where he lives, what he likes to do, who his amigos are and most importantly, what food he likes.

Welcome to his introduction to himself and further books in his series where his adventures are fun, exciting, educational and, at times, a little bit crazy!

Listen to Boken the Dog - It's All About Me!: get the free audiobook 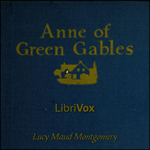 Anne of Green Gables is a classic children’s novel that tells the story of a red headed orphan girl with a personality you can't help but love. Despite her "tragical" past, Anne's optimism and imagination have helped her to always see the best in things.

Anne's life changes considerably when she is accidentally adopted by the Cuthberts, a brother and sister who thought they were getting a boy to help out on the farm. The Cuthberts decide Anne will have to be sent back to the orphange but before they know it, she has begun to work her way into their hearts.

Listen to Anne of Green Gables: get the free audiobook 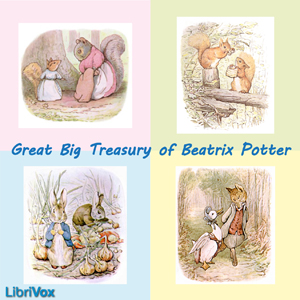 Beatrix Potter was an English writer known for creating some of the best-loved children's stories of all time. The Great Big Treasury is a compilation of some of her most famous stories – it’s a treasure chest of delightful, charming little stories full of animals and people. This audiobook contains three collections - The Giant Treasury of Peter Rabbit, Further Tales of Peter Rabbit and The Giant Treasury of Beatrix Potter.

There are nineteen tales featuring a troop of unforgettable characters. Peter Rabbit, the mischievous and rebellious young fellow, is the hero of many a tale, along with his goody-goody sisters Flopsy, Mopsy and Cotton-tail. Their patient mother strives to keep Peter out of mischief and Mr. McGregor's tempting garden filled with luscious fruits and vegetables.

Listen to The Great Big Treasury: get the free audiobook 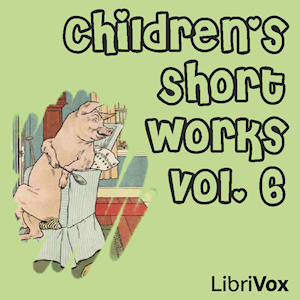 Librivox’s Children’s Short Works Collection 006 is a collection of 11 short works for children, including the following tales:

Listen to Children's Short Works: get the free audiobook

11. Through the Looking Glass 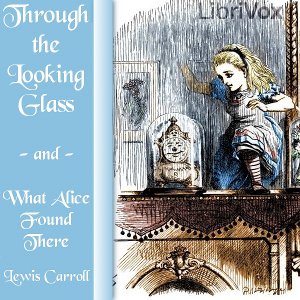 This audiobook is a sequel to Alice in Wonderland. Alice again enters a fantastical world, this time by climbing through a mirror into the world that she can see beyond it. There she finds that, just like a reflection, everything is reversed, including logic. In this world, running helps you remain stationary, walking away from something brings you towards it, chess pieces are alive and nursery rhyme characters exist. It’s a fascinating story that brings kids’ imagination to life!

Listen to Through the Looking Glass: get the free audiobook

12. Adventures of the Teenie Weenies 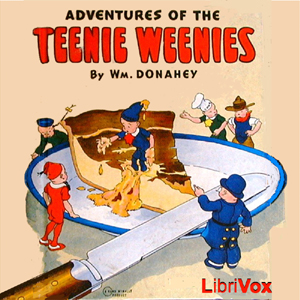 The Teenie Weenies is a delightful series of adventures with two-inch high characters. It was written and illustrated by the creator of The Teenie Weenies comic strip, which appeared in the Chicago Tribune for over fifty years.

The Teenie Weenies are little people who live under a rose bush with "real world" size materials made from discarded objects like hats, jars, barrels, kegs, and boxes - all of which are gigantic to them. Each one has a unique personality that both names them and defines how they interact with the world and each other. The General is in charge and runs the tiny village, the Cook is in charge of food, the Fireman etc., and they all have many adventures.

Listen to The Adventures of the Teenie Weenies: get the free audiobook

13. The Tale of Pony Twinkleheels 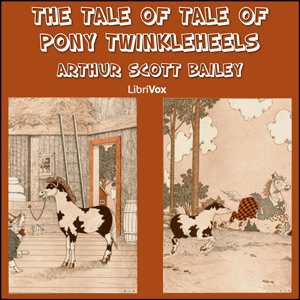 This audiobook is a tale about the young pony Twinkleheels and his little boy owner, and a few of their adventures together. When Twinkleheels first came to the farm some thought of him as a joke, because he was a pony and not a big horse and had to move his legs twice as fast to keep up. This enjoyable tale comes with a gentle lesson "It's spirit, not size that counts!" Its short chapters make this book one of the best audiobooks for kids, especially as a bedtime story.

Listen to The Tale of Pony Twinkleheels: get the free audiobook 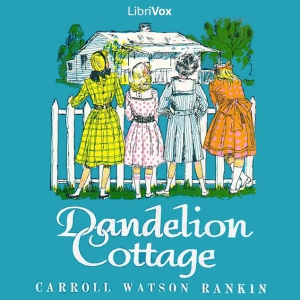 Dandelion Cottage is the story of four young girls who take over a small, deserted home and fix it up for their use as a clubhouse. "It was easy to see how Dandelion Cottage came by its name at first, for growing all about it were great, fluffy, golden dandelions; but afterwards there was another good reason why the name was appropriate", as you discover when you listen to the story.

Listen to Dandelion Cottage: get the free audiobook Around the World in Eighty Days is a classic adventure novel by the French writer Jules Verne, first published in 1873. In the story, Phileas Fogg of London bets his friends at the Reform Club that he can travel across the globe in just eighty days.

Breaking the well-established routine of his daily life, he immediately sets off for Dover with his astonished valet Passepartout. Passing through exotic lands and dangerous locations, they seize whatever transportation is at hand—whether train or elephant—overcoming set-backs and always racing against the clock.

Listen to Around the World in 80 Days: get the free audiobook

Did any of these tales take you back to your childhood? You can now share both new and familiar adventures in this round-up with your children.

=> Get a free kid's audiobook of your choice here.