Queen Marie Antoinette was the wife of King Louis XVI of France. Here are facts about this Archduchess, including quotes, information about her death, her children and cake... 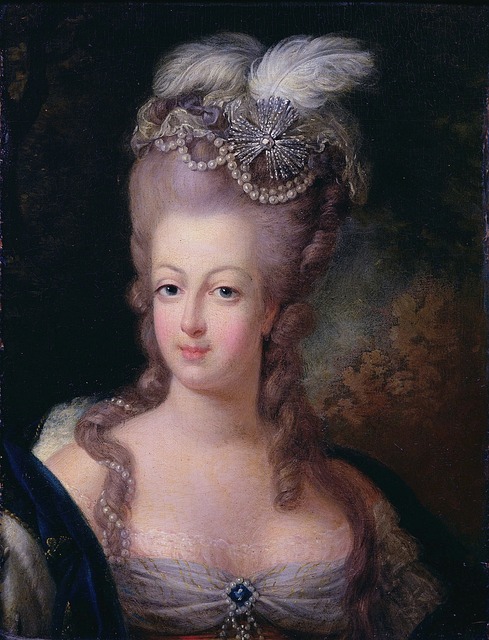 Queen Marie Antoinette of France: Cake, Her Children and her death - explained.

This will be the 1st article in a new series of posts looking at certain historical figures.

Queen Marie Antoinette was born in Vienna on November 2nd, 1755. When she was nearly fifteen years old, she got married to Louis-Auguste, the heir to the throne of France, the man who would become King Louis XVI. This article will discuss Marie Antoinette's early life, her children, quotes by her, right up to her death in October 1793.

Marie Antoinette was the fifteenth child and youngest daughter of Emperor Francis I and Empress Maria Theresa of Habsburg. Shortly after birth, Marie Antoinette was placed under the care of the Governess of the Imperial Children, Countess Von Brandeis. She learned to play the harp, the harpsichord and the flute under the teaching of Christoph Willibald Gluck. Marie Antoinette developed into a good musician and dancer. However, she did not do as well academically. Despite the private tutoring she received, she was not able to write fluently in German or in any other language used at court.

As a way to cement the new alliance between the French and Habsburg thrones, Empress Maria Theresa agreed to a marriage alliance between her daughter, Marie Antoinette and Louis Auguste, the Dauphin of France. On April 19th 1770, the two were married by Proxy with Marie's brother Archduke Ferdinand standing in for the Dauphin. Marie Antoinette first met her husband on May 14th, after a Grand Procession escorted her to the Palace of Versailles.  There they had a lavish ceremony with more than 5,000 guests present.

For the next seven years, the lack of consummation of the couple's marriage beset the reputation of both Marie Antoinette and Louis XVI, but they finally had their first child in December 1778.

Marie Antoinette enthralled the French public during her early years in France. To them, she was seen as a beautiful and popular public figure. On the other hand, there were others who did not like Marie Antoinette, for personal reasons or because of their dislike of the alliance between France and Austria.

However, Marie Antoinette soon grew unpopular and even received blame for most of France's problems. She developed a bad reputation for herself through her extravagant habits, spending large amounts of money on luxuries and gambling, even while the country was in grave financial crisis and suffering.

The French Revolution and Further Disdain for the Royal Family

The Eighteenth century Colonial Wars, especially the American Revolution, had created massive debt for the French State. Moreover, the people who owned much of the property in France including the clergy and the nobility did not have to pay taxes, yet the poor & ordinary did. While peasants starved in villages around France due to the high price of flour and bread, Marie immersed herself in frivolities. She commissioned the construction of a Utopian hamlet with lakes, cottages and gardens on the palace grounds, dressed her ladies in waiting as peasants and pretended to be milkmaids and shepherdesses in their lavish surroundings.

The common people became resentful of the royal family's flagrant spending. In 1789 representatives from all three estates (the clergy, the nobility and the common people) met at Versailles to come up with a plan for the reform of the French State, but the upper classes were still resistant to creating equality for all French citizens. As a result, the Third Estate or ordinary people formed a National Assembly, their own kind of government, inspired by Enlightment ideas of personal liberty.

As conditions grew worse for the French common people, many became convinced that the monarchy and nobility were conspiring against them. Marie Antoinette was a fitting target for their rage as she seemed to represent the indifferent and unconcerned attitude of the state.

In October 1789, an Parisian angry mob dragged the entire royal family back to the city and imprisoned them in the Tuileries. However, two years later, the royal couple fled to meet Austrian troops on the border, who were ready to invade France and overthrow the revolutionary government. The royal family were then returned to Paris and Louis XVI was restored to the throne. Yet in August 1792, another mob overthrew the royal family and in September the massacre of royalists (by the thousands) began.

By the end of 1792, Louis XVI was put on trial for treason and later executed. In 1793 Marie Antoinette was put on trial for crimes including treason, sexual abuse and incest towards her son who was forced to accuse his mother of these crimes before a Revolutionary tribunal. After a two day show trial, Marie Antoinette was found guilty and sent to the guillotine at 37 years of age.

The Children of Marie Antoinette

Did She Really Say: 'Let them Eat Cake?'

Queen Marie Antoinette was alleged to have heartlessly said: 'Let them eat cake', when told about the lack of bread for the common people. However, there isn't really any evidence to support this statement as her words. Rather, the story of a silly noblewoman who said 'Let them eat cake!' appears in the philosopher Jean-Jacques Rousseau's Confessions, which was written when Marie Antoinette was only 11 years of age.

"There is nothing new except what has been forgotten".

"No one understands my ills, nor the terror that fills my breast who does not know the heart of a mother."

"Courage! I have shown it for years; think you I shall lose it when my sufferings are to end?"

Marie Antoinette became a significant and symbolic figure to the French revolutionaries who believed that she represented the selfish monarchy and nobility who forced the common people to pay for their extravagant and unnecessary spending habits.

So that is the summary of Marie Antoinette's life and reputation. Thanks for reading!

Quote About Fear- What are You Afraid Of? 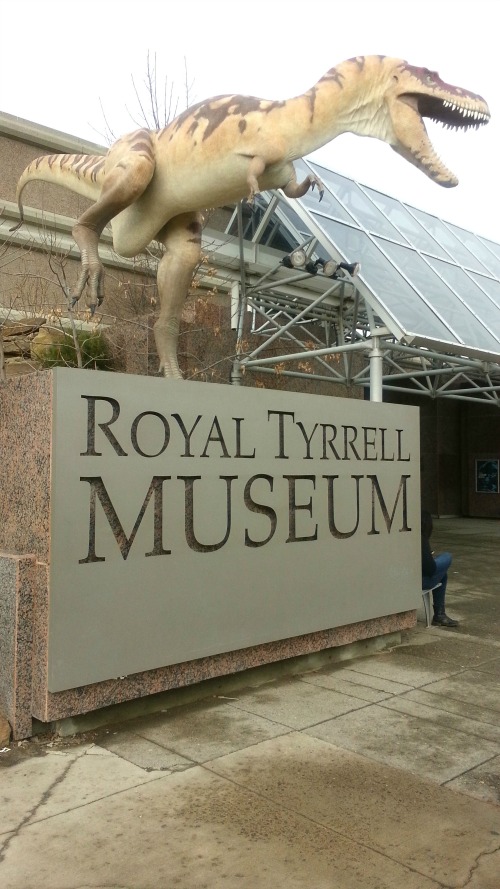 The Royal Tyrrell Museum of Palaeontology